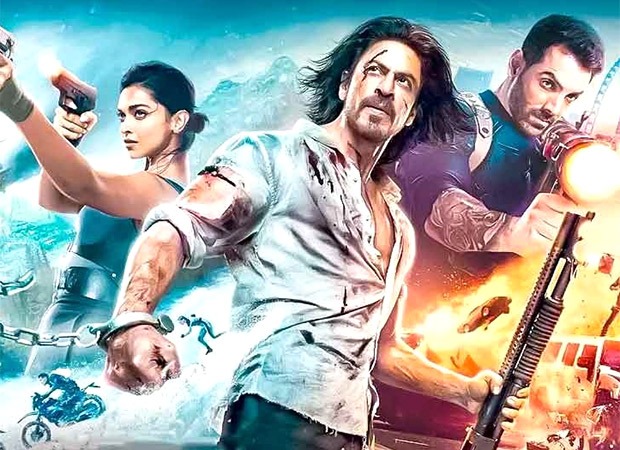 The advance booking of Shah Rukh Khan’s comeback Pathaan continues to be on the rise. The sales for the tickets started yesterday and the action thriller performed exceptionally till 6 pm, as reported by Bollywood Hungama earlier. The film sold as many as 1,71,500 tickets till that time at the major national multiplexes for day 1 itself. To break it down, Pathaan sold 75,000 tickets at PVR, 60,500 tickets at INOX and 35,500 at Cinepolis for the opening day.

And now, the latest update is that the movie, which is directed by Siddharth Anand, continued to perform positively in advance sales till late last night. Till 11:15 pm yesterday, the sales of the tickets of Pathaan for its first day reached a mammoth 2,01,000. This includes, 87,000 in PVR, 73,000 in INOX and 41,000 at Cinepolis.

As reported earlier by us, Pathaan is all set to open to a huge number on its first day. While predicting the opening of the film, veteran trade analyst Taran Adarsh told us yesterday, “Pathaan’s day 1 will be historic. It’s all set to take a fantabulous, earth-shattering opening. The day 1 number will be a shocker in a good sense. People will be zapped. The kind of craze this film has generated, no film has managed to do so in the recent past. The last such film I can think of is KGF – Chapter 2 (2022). Even War (2019) had such excitement lekin iss baar War se zyada craze hai. I am expecting a Rs. 40 crores plus day 1. It can go beyond that as well depending on the screen count and the number of shows.”