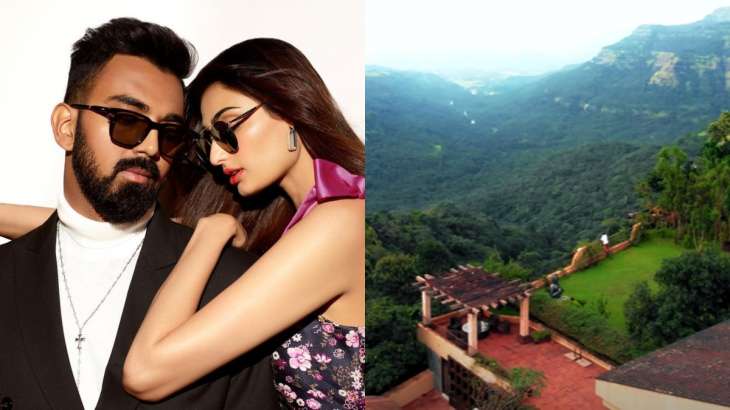 Athiya Shetty and KL Rahul’s wedding rumours have picked up pace like never before. Although the lovebirds have been speculated to tie the knot sooner than later, reports have suggested that between January 21 and 23, the celebrity couple’s wedding festivities will formally take place at Suniel Shetty’s Khandala home. While the preparations for Athiya’s wedding are on in full swing, let’s take a look inside the lavish venue in Khandala that is overlooking the hills and has the perfect weather at this time of the year.

Athiya Shetty and KL Rahul to wed in family home

One of the wedding trends that is fast picking up pace is marrying at one’s own home. After Alia Bhatt and Ranbir Kapoor married in their lovenest Vastu in Mumbai, a report in ETimes has suggested that Athiya and KL Rahul will be marrying in Suniel Shetty’s Khandala home. The guest list will not be a long one and only those close to the couple-to-be and their families will be invited to the much-awaited union. It has also been stated that arrangements for the guests to stay at a five-star hotel have also been made.

In a special video curated by Asian Paints, we get a good look at the lavish interiors and picturesque exteriors of Suniel Shetty’s Khandala bungalow where his daughter Athiya will marry Indian cricketer KL Rahul. To say that the property is a lavish one will be an understatement. The huge bungalow sits in the lap of nature and overlooks the hills. The interiors have earthy textures. The high-ceiling home looks extravagant and will surely take your breath away.

The rust and brown colour scheme dominates the interiors and is complemented well by the greens. A lot of woodwork gives the home a natural look and feel. The house allows a lot of natural light to seep in during the daytime. In the nighttime, the starry sky looks beautiful.

The house has an infinity pool and nature looks at its best from the garden area outside. Nature complements the home and vice versa. The nearby forest area has also been designed to add to the beauty of the venue.

Take a complete tour of Athiya Shetty and KL Rahul’s wedding venue in the video below.