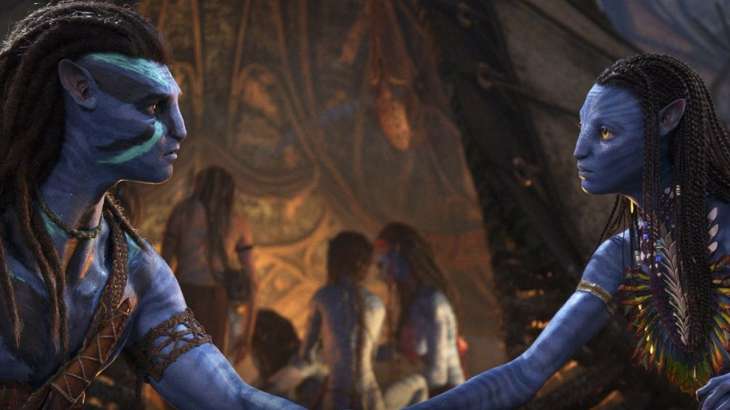 Filmmaker James Cameron said that the third installment of his blockbuster ‘Avatar’ franchise will introduce a third clan of Pandora that shows off the Na’vi’s darker side. ‘Avatar’ and ‘Avatar: The Way of Water’, moviegoers are introduced to two different Na’vi clans, the forest-dwelling Omaticaya and the water-dwelling Metkayina. Both tribes are peaceful and only resort to violence when their land is seized upon by humans. However, audiences might soon find out that not all Na’vi are good Na’vi. James Cameron told France’s 20 Minutes (via Total Film) that the next installment is still-untitled.

Cameron said that ‘Avatar 3’ will explore “different cultures from those I have already shown. The fire will be represented by the ‘Ash People’. I want to show the Na’vi from another angle because, so far, I have only shown their good sides. In the early films, there are very negative human examples and very positive Na’vi examples,” the director continued.

“In ‘Avatar 3,’ we will do the opposite. We will also explore new worlds, while continuing the story of the main characters. I can say that the last parts will be the best. The others were an introduction, a way to set the table before serving the meal.”

While the first two ‘Avatar’ movies centred on conflicts between Na’vi tribes and humans, it appears that the third movie will find Na’vi facing off against Na’vi for the first time in the franchise. Perhaps the fire tribe will turn against Jake Sully due to the destruction his presence on Pandora has caused thus far.

Cameron has already finished production on ‘Avatar 3’, which is scheduled to hit theatres on December 20, 2024. Should the filmmaker extend the franchise all the way to ‘Avatar 5’, then the Na’vi will come to Earth. Producer Jon Landau revealed as much before ‘The Way of Water’ opened in theatres.

“Well, it’s funny,” Landau told Gizmodo. “I wasn’t going to talk about it, but I’ve now subsequently heard that Jim has talked about it a little bit. In [‘Avatar 5’] there is a section of the story where we go to Earth. And we go to it to open people’s eyes, open Neytiri’s eyes, to what exists on Earth.”

“Earth is not just represented by the RDA (the franchise’s evil organisation known as the Resources Development Administration),” he said, adding, “Just like you’re defined by the choices you make in life, not all humans are bad. Not all Na’vi are good. And that’s the case here on Earth. And we want to expose Neytiri to that.”