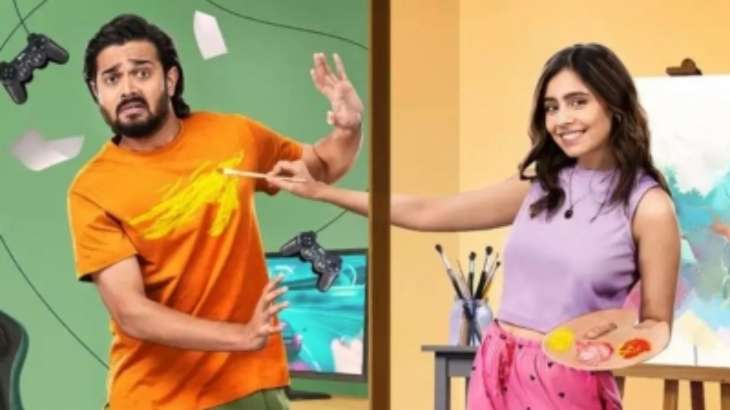 Comedian, singer and YouTube personality Bhuvan Bam is back in his goofy avatar with the new series ‘Rafta Rafta’, wherein he will be seen playing a husband who does everything to make his wife happy but fails to do so.

It is the story about a newly married couple Karan (Bhuvan) and Nithya (Srishti Ganguli Rindani). Nithya shares her wish to go on a holiday to a beach and spending quality time with him but Karan upsets her with his ideas and she reacts to them by throwing his mobile into a bowl of raita.

At last, when things seemed to be working out between them and Nithya looked happy, Karan, because of his forgetful nature, messed up the dates of their trip and she lost her calm and threw away his mobile.

While throwing more light on the series, Bhuvan said: “I have grown up in a middle-class family and the way marriage is perceived has changed drastically over the years, certainly because of many factors, known and unknown.”

“While there is enough content available that narrates a romantic drama, we have tried to capture the nitty-gritty of a modern marriage in ‘Rafta Rafta’, with an unexpected twist,” he added.

Srishti also added on why she said ‘yes’ to the series and shared: “When I found out that I’ll be working alongside Bhuvan in the show, I was immediately convinced. I’ve always rooted for him as a content creator and now, as an actor.”

Produced by Rohit Raj and Bhuvan Bam, ‘Rafta Rafta’ is a BB Ki Vines production. The series is created by Abbas Dalal and Hussain Dalal and is directed by Vishal Gupta. The 7-episode romantic comedy will feature Bhuvan Bam and Srishti Ganguli Rindani as leads.