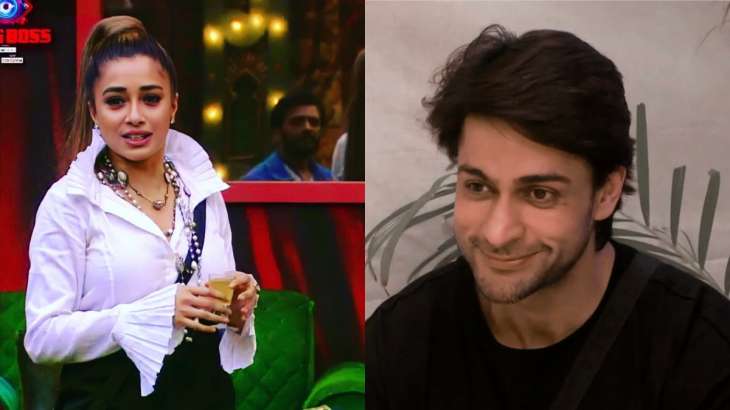 Bigg Boss 16 has completed more than 100 years and the show has kept its audience glued to the TV screens. From the friendship goals of Sajid Khan and Mandli to Tina-Shalin’s fake relationship, the show is continuously garnering love from its fans. The much-talked couple Tina and Shalin are again making headlines for locking horns. In a recent promo shared by the official page of Colors TV, Tina Datta and Shalin Bhanot can be seen having an ugly fight where Shalin accused Tina of ‘craving for men’s attention’.

This fumes Tina and she lost her cool and said that she will slap Shalin Bhanot. Later, out of anger, she said, “Khudh ki biwi ki dignity nahi rakhta… ghatiya aadmi (You couldn’t even safeguard your wife’s dignity, filthy person).” In the promo, Tina was also seen provoked and coming towards Shalin to slap him.

Both Shalin and Tina’s mothers entered the show during the family week and both mothers warned them to stay away from each other. While Tina’s mother told her that there is nothing called love from Shalin’s end, Shalin’s mother asked him to stay away from Tina. Bigg Boss 16 airs on Colors TV from Monday to Friday at 10 pm. The weekend special episodes are hosted by Salman Khan. On weekends, the episodes begin at 9.00 pm. The show episodes also stream on Voot.

Also Read: Bigg Boss 16: Ekta Kapoor to announce collaboration with Dibakar Banerjee for LSD 2 on the show? Deets inside