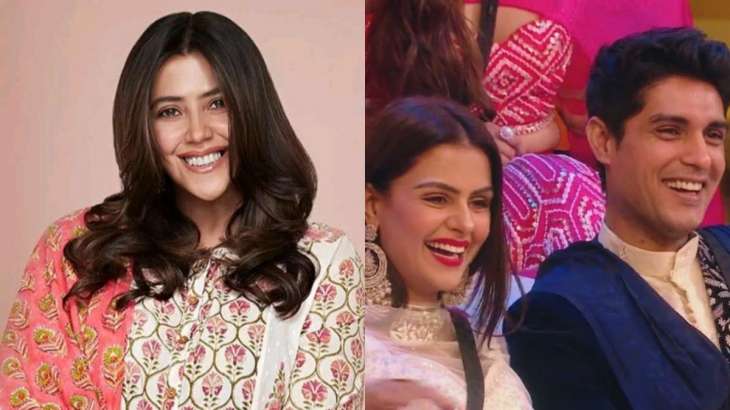 Bigg Boss 16: The ace producer-director Ekta Kapoor has announced that she will be appearing on the show for some exciting announcements. Now, she took to her Instagram handle and hinted that she will be casting a new face for her upcoming film and would enter the ‘Bigg Boss 16’ house to look for the cast. Ex-Bigg Boss contestant, Tejasswi Prakash bagged Ekta Kapoor’s ‘Naagin’ for the sixth season while she was in the Bigg Boss 15 house last season.

Ekta shared a promo from Naagin and bid adieu to Tejasswi Prakash. As the show’s sixth season is wrapping up, Ekta penned an emotional note for Tejasswi, whom she tagged as Nagina. “Lots of love for this nagina! Found her in the Bigg Boss house n in throes of corona n high fever n cough forced @colors n Manisha that I wanted to cast her! Hopefully going to big boss for an exciting film announcement let’s see who we find there this time”, Ekta’s post read.

As soon as the promo was released, fans couldn’t keep their calm and started demanding the casting of love birds of Bigg Boss 16, Priyanka Choudhary and Ankit Gupta. One of the users wrote, “Will love to see #PriyankaChaharChoudhary & #AnkitGupta in A Web series together, specially #BrokenButBeautiful season 5, They’re Very classy actors & their unbeatable magical Chemistry is Cherry on cake,Mam u should try once”. Another requested, “Plzz cast Priyanka Chahar Choudhary”. “Please bring #priyankachaharchoudhary and #ankitgupta together in a supernatural show”, read another comment.