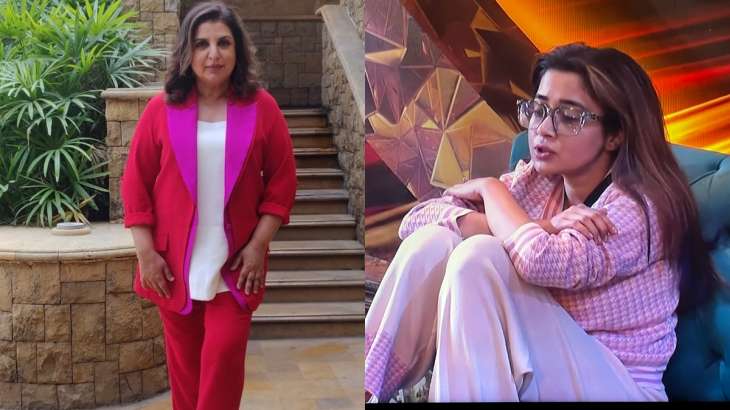 Bigg Boss 16: Ahead of the family week, Bigg Boss welcomes the family members of the contestants. Filmmaker and Sajid Khan’s sister will be entering the house in the upcoming episode. The official page of colors TV has shared a promo in which Farah Khan is seen getting emotional after she hugged her brother. Apart from Farah Khan, Shiv Thakare’s mother and Archana Gautam’s brother will also join the contestants this week.

In the family upcoming episode, Bigg Boss will command housemates to ‘freeze’ and after which they must stay unmoved until he orders ‘release’. The first family member to set foot into the house after the freeze announcement is known for her super entertaining movies and slapstick sense of humor. Sajid Khan’s sister Farah Khan, who is a huge fan of the show, brings her energy to the house. A teary-eyed Farah Khan hugs her ‘frozen’ brother Sajid Khan and happily informs Sajid that he’s playing the game superbly.

In one of the clips, Farah can be seen taking a dig at Tina Dutta. She tells her ‘your mom has become a superstar, she was fighting with Shalin Bhanot’s mother.’ Later, she tells her ‘you treat Maheen nicer than Shalin Bhanot.’ After Farah’s dig at Tina Dutta, netizens also started trolling Tina. One of the users wrote, “Truth hurts.” The second one said, “tina ka muh dekhne layak h. after Farah spoke the truth.” The third one said, “The biggest fake person is Tina .. jaisi maa vaisi beti.. shalin’s mother is so cute .. bete ko sikh deti.” The fourth one said, “Fake Tina Public sab Janti hai. Shalin Emotions were Real”.

Amid the ongoing clash between Shalin Bhanot and Tina Dutta, social media have been constantly trolling Tina and accusing her of being fake. Tina’s team penned an open letter stating that the actress’ character is being assassinated by other women in the show on national television. “Behind every successful woman there is a tribe of other women supporting her… From a Team of Women Supporting Tina, Lets Rise Together! #BeingWoman #OpenLetter #TeamTina”, read the post.

Bigg Boss 16 airs on Colors TV from Monday to Friday at 10 pm. The weekend special episodes are hosted by Salman Khan. On weekends, the episodes begin at 9.00 pm. The show episodes also stream on Voot.