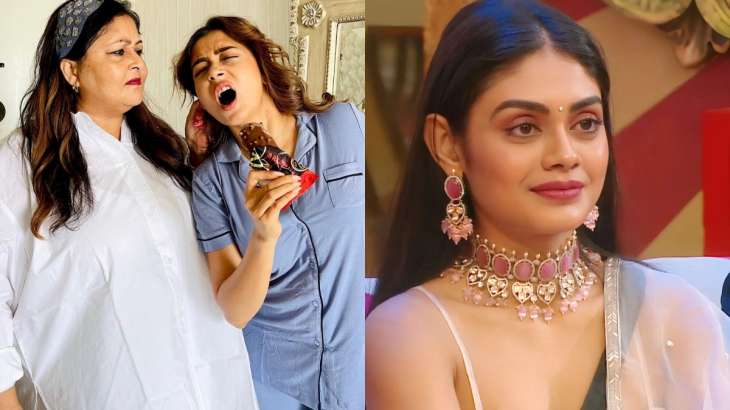 Bigg Boss 16 is grabbing all the attention as for the first time in the history of the show, contestants’ family members will be staying with them ahead of the family week announced by the Bigg Boss himself. According to a social media page, The Khabri has tweeted about an incident in which Tina’s mother will be entering the house. As per the tweet, In the upcoming episode, Tina Datta’s mother will be seen entering the show as the family week is going on. Tina’s mother will be seen mistakenly hugging Sreejita instead of Tina from behind thinking it was her daughter.

Sreejita gets emotional and tears roll down her cheek. However, Tina’s mother realises it’s Sreejita and looks out for Tina. She looks for her and finds Tina in the garden area. Later, Bigg Boss releases Sreejita in the end. She goes to the garden area to meet Tina’s mom. Later, Sreejita is heard telling Archana that Tina’s mother gave her a cold hug. Also, in the upcoming episode, the cutest contestant of ‘Bigg Boss 16’ Abdu Rozik’s journey in the show will come to an end as he will be seen making an exit. He will be leaving the show because of prior commitments.

In the last episode, we saw Sajid Khan’s sister Farah Khan, Shiv’s mom and Priyanka’s brother have already entered the house and now in the upcoming episode, MC Stan’s mother, Nimrit Kaur Ahluwalia’s father and Archana Gautam’s brother will enter the house. Bigg Boss 16 airs on Colors TV from Monday to Friday at 10 pm. The weekend special episodes are hosted by Salman Khan. On weekends, the episodes begin at 9.00 pm. The show episodes also stream on Voot.