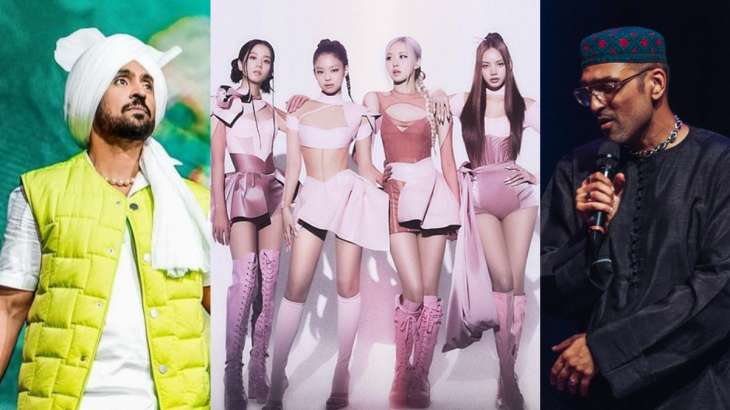 Indian singer-actor Diljit Dosanjh is set to perform at the Coachella music and arts festival 2023 in April. The Instagram handle of the festival recently shared the lineup on their feed. The festival will be headlined by South Korean girl band – Blackpink, Bad Bunny, Bjork. As the news of Diljit performing at the fest travelled, fans expressed their excitement over their idol gracing the stage. Diljit and BLACKPINK will be performing on the second day of the festival.

In addition, the festival will also feature Pakistani singer Ali Sethi, whose song from ‘Coke Studio’ – ‘Pasoori’ has become a viral sensation. Last year’s edition featured Harry Styles, Billie Eilish, and The Weeknd, among many others, following the cancellation of the event in 2020 and 2021 due to the COVID-19 pandemic.

Talking about Diljit’s acting front, the singer-composer was last seen in Jogi. The Punjabi film was released on Netflix. The film turn the leaf to a dark chapter in independent India’s dark history — the riots of 1984 which followed after the assassination of the former Prime Minister Indira Gandhi. The film has been directed by Ali Abbas Zafar, who has earlier directed the Salman Khan-starrer blockbuster ‘Sultan’.

Jogi unraveled the story of a resilient friendship and courage in the times of adversity, set in Delhi in 1984. The film is a thrilling, emotional journey of the fighting spirit of three unified friends. The film also stars Mohd. Zeeshan Ayyub in his third OTT project after he stirred a controversy with his Shiva look in the Prime Video show ‘Tandav’ and ‘Bloody Brothers’.

In addition, the film will star Kumud Mishra, Hiten Tejwani and Amyra Dastur, and has been produced by Himanshu Kishan Mehra and Ali Abbas Zafar.