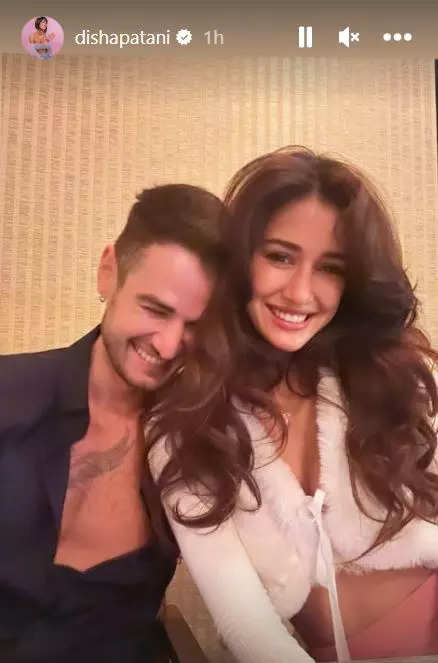 Disha Patani and rumoured boyfriend Aleksandar Alex Ilic are painting the town red lately. The rumoured couple has been making several appearances together and fans are left in awe because they look stunning together. The latest appearance of the Disha and Aleksandar is another testament to that.
Disha and Alex were spotted entering a restaurant. While Disha made heads turn in a white crop top with a short pink skirt, Alex was seen in an all-black avatar. They smiled at the paps and entered the restaurant.

In an exclusive interview with Bombay Times, Alex had opened up about his equation with Disha. He had said, “Disha has been like family to me. In this competitive field, whenever we felt low, we have been there for each other.” He had further revealed that they were flatmates in 2015. Disha, Alex along with a couple of other models were flat mates.

Alex had further commented on their rumoured relationship and said, “I see how this guessing game has been going on for a few weeks. The thing is that we know the truth. I don’t understand why people need to guess about what is going on? Why can’t they just let other people live their own lives peacefully? We just laugh off these stories.”

Interestingly, Alex is also very good friends with Tiger Shroff and his sister Krishna Shroff and he had shared that they all hang out together.