Farhan Akhtar’s rare childhood pic makes its way to the Internet on birthday, thanks to Zoya Akhtar 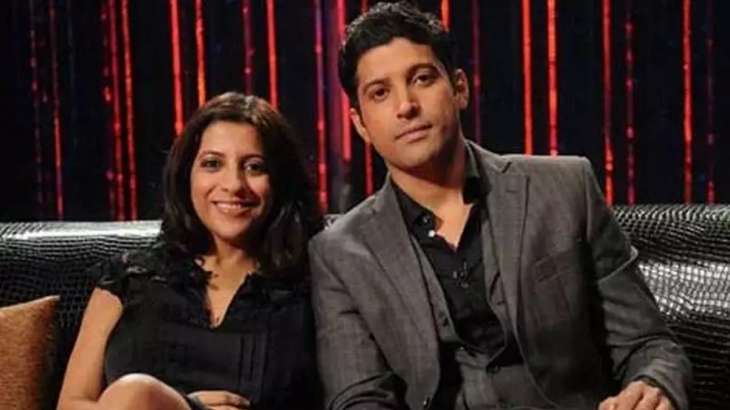 Farhan Akhtar’s birthday was a little more special than usual thanks to his sister Zoya Akhtar. Late on Monday night, the filmmaker treated Farhan’s fans with a rare childhood pic. Keeping the caption simple, Zoya posted an old monochrome photo of Farhan. The birthday boy looks adorable, to say the least. “Birthday Boy. I(love) You More Each Year,” she wrote followed by hashtags, “#favboy #wishyouhealthpeaceandhappiness @faroutakhtar.”

Farhan Akhtar’s wife Shibani Dandekar was among the first ones to react to the photo. “The cutest,” she wrote complimenting the actor-filmmaker. Abhishek Bachchan too wished Farhan by dropping a heart emoji in the comment section. Take a look:

Born to screenwriters Javed Akhtar and Honey Irani, Farhan made his debut as a writer, director, and producer at the age of 26 with Dil Chahta Hai, which was released in 2001. He started his acting career with Rock On!! (2008). His film Zindagi Na Milegi Dobara (2011) won him two Filmfare Awards, including Best Supporting Actor. In 2013, he portrayed Milkha Singh in the film Bhaag Milkha Bhaag. He has also helmed ‘Don’ and ‘Don 2’.

He is now all set to direct a road-trip drama, ‘Jee Le Zaraa’, starring actors Alia Bhatt, Priyanka Chopra and Katrina Kaif. Written by Zoya Akhtar and Reema Kagti in collaboration, under the banner Excel Entertainment, the film was announced last year.

Some time back, there were several rounds of speculation if the film is happening or not, however, Alia Bhatt debunked all rumours in a media interaction during her pregnancy.

She said “IT’S HAPPENING!!…We will go on floors next year. Of course we can not go on the floor this year (Indicating to her pregnancy). We ain’t letting that film go. We are fighting for it and we are all too excited about it. It’s going to be quite massive and we can’t wait’.

Farhan Akhtar on playing Waleed in Ms Marvel: Exciting to be part of culturally inclusive show