Hansika Motwani’s wedding to become a Disney Plus Hotstar show? Here’s what we know 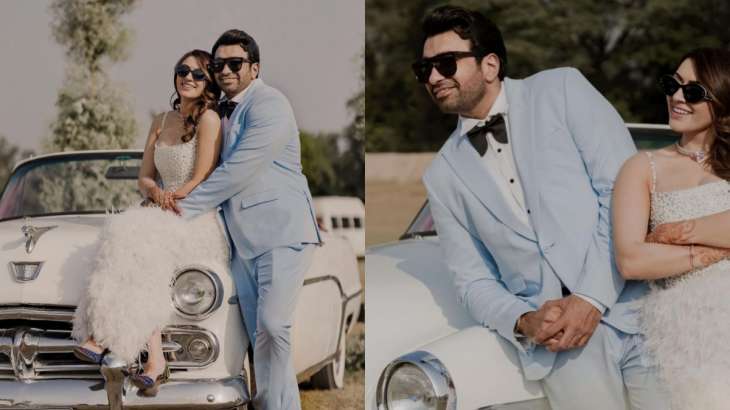 Newly-wed Hansika Motwani announced her next show titled ‘Love Shaadi Drama’ which will be based on her real-life wedding to businessman Sohael Kathuriya. The web series will stream on Disney+ Hotstar. Viewers will soon be offered a close and personal look into what went behind making the much talked about wedding become a reality.

Hansika posted a small video to announce the show. In the video, she said, “Hi, this is Hansika Motwani and something very special happened in my life, I got married.: She showed her big wedding rock and continued, “Guess you can see the wedding glow and you can watch the entire wedding only on Disney+ Hotstar.” Sharing the announcement video, Hansika wrote, “What is a shaadi without a little drama? #HotstarSpecials #HansikasLoveShaadiDrama coming soon!”

Reacting to the first look, a fan wrote in the comment, “Sooooo excited for this yayyyyyy.” “Why is everyone turning their marriage into shows,’ added another one. It seems Hansika isn’t the first Tamil actress to announce a reality show at her wedding. Nayanthara and Vignesh Shivn’s wedding, which also took place last year, will be releasing as a reality show on Netflix this year as well. One fan wrote, “Nayanthara marriage on netflix vs hansika marriage disney plus hotstar.”


Hansika’s 50th film, Maha, opened in theatres last year. The thriller was directed by UR Jameel and explored the bond between a child and her mother. She is awaiting the release of the web series MY3, which features her in the role of a robot. The show is directed by M Rajesh and features Mugen Rao, Shanthanu and Ashna Zaveri in key roles. Hansika is also part of Partner and My Name is Shruthi.