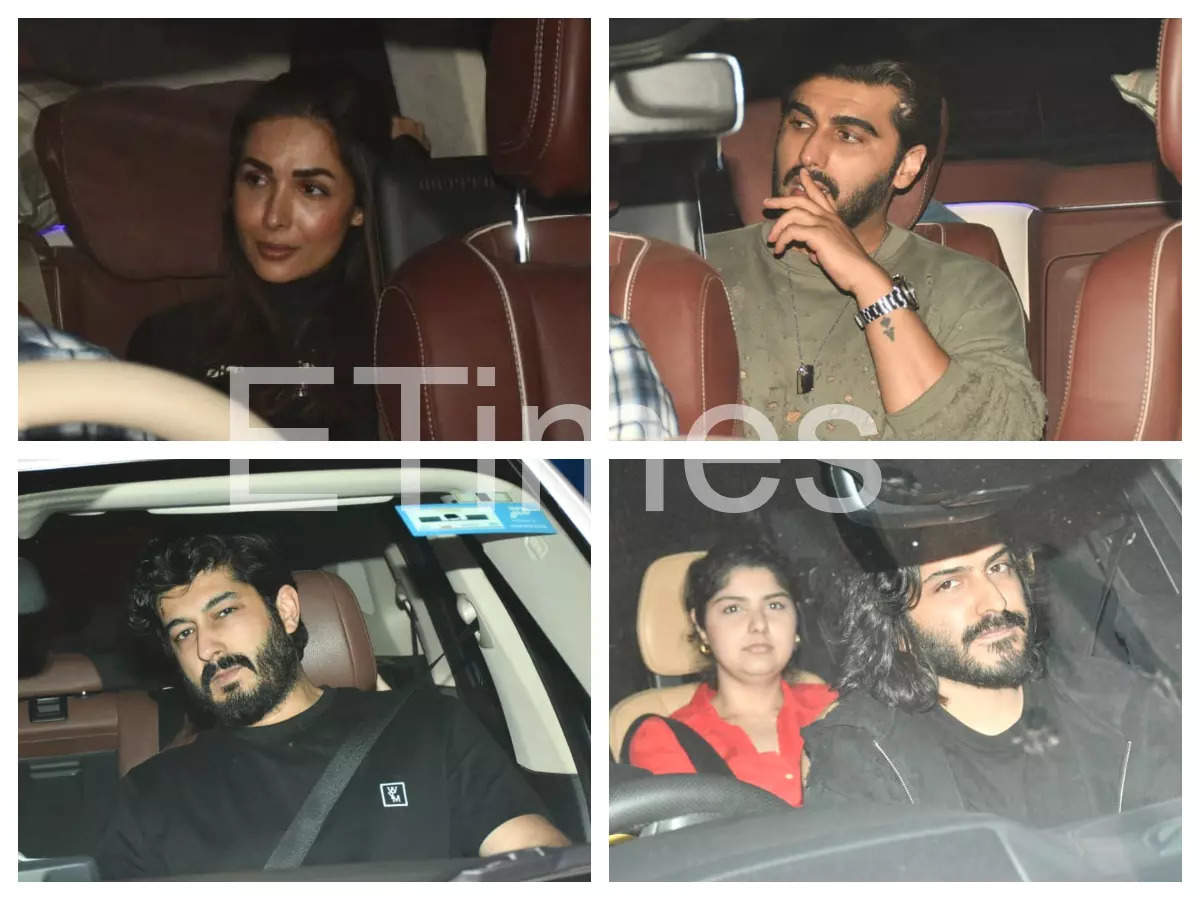 Actors from the Kapoor family were seen arriving at Rhea Kapoor’s Bandra home late on Wednesday night. ETimes paparazzi snapped Janhvi Kapoor arriving for the party with her boyfriend Shikhar Pahariya at the wheel. Recently, ETimes had exclusively confirmed that Janhvi Kapoor and Shikhar Pahariya have reunited. The duo apparently started interacting again a few months ago and decided to rekindle their romance.

Last seen in ‘Mili’, Janhvi Kapoor is exploring opportunities in South cinema. A source had told BT, “She has been approached for quite a few films from the Telugu industry and she has almost finalised her debut film. This one will be with one of the leading stars in Tollywood, and will not be produced by her home banner. An official announcement regarding the film could be made next month.” Currently, Janhvi Kapoor is gearing up for two big releases this year. She will be seen in Nitesh Tiwari’s ‘Bawaal’ with Varun Dhawan, this film is scheduled to hit the screens in April this year. Janhvi also has ‘Mr and Mrs Mahi’ with Rajkummar Rao in the pipeline.