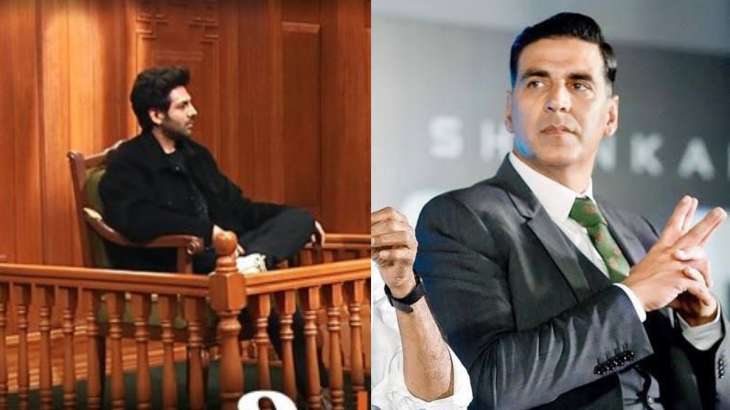 Kartik Aaryan on Aap Ki Adalat: Hosted by India TV Editor-in-Chief and Chairman Rajat Sharma, Aap Ki Adalat is back to entertain the audience. Facing his line of questioning in the latest episode was Bollywood star Kartik Aaryan, who is gearing up for the release of Shehzada opposite Kriti Sanon on February 10. Kartik faced tough questions from Rajat  Sharma and was at his candid best. He revealed lesser-known aspects of his personal and professional life.

Kartik Aaryan first replaced Akshay Kumar in the Bhool Bhulaiyaa sequel. The 2022 release was one of the highest-grossing films last year and pulled the Indian audience back to the cinema halls after the COVID-19 period. Last year, Akshay also confirmed that he will not be part of Hera Pheri 3. Producers later said that Kartik Aaryan will play the lead in Hera Pheri 3. Touching upon this, Rajat Sharma asked Kartik how come he is doing movies that Akshay was part of. Kartik had an interesting response to this.

Kartik Aaryan on working in sequels

Asked why he was ‘after’ superstar Akshay Kumar and wants to do sequels of his movies Hera Pheri and Housefull, Kartik replied, “I am a big fan of Akshay Kumar Sir. These calls are made by the producers and directors. I did not want to do these roles, but I got the offers. Producers and directors feel they can put the sequels on my shoulder. They know how professional I am, and how I can be creatively involved. It’s not that all sequels become hits. There is more pressure to perform in sequels. Maybe they (producers) saw my work, and thought I would perform better in the sequels, from whatever genre, whether romance, horror or comedy.”