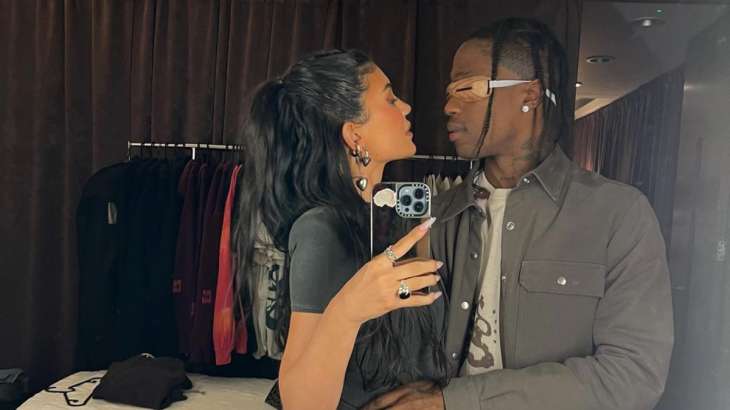 Kylie Jenner has reportedly split from her boyfriend Travis Scott after less than a year since welcoming their son together. The 25-year-old makeup mogul gave birth to their second child in February last year. The couple also share four-year-old daughter Stormi Webster, reports The Mirror. Sources close to Kylie and Travis, 31, said that the pair spent Christmas and New Year apart but “remain friends” and will continue to work together co-parent their two young children.

“Kylie and Travis are off again, they were supposed to spend the holidays together, but she went to Aspen to be with her family and friends up there,” an insider said, quoted by The Mirror.

“This has happened so many times before, they’re known to be on again and off again, but always remain friends and great co-parents,” the source revealed in an interview with US Weekly.

The split comes after fans began speculating whether or not Kylie and Travis were still together. Kylie and Travis were first spotted together at Coachella in 2017. The Kardashian star gave birth to their daughter a year later. As per The Mirror, in 2019, the couple parted ways for the first time, but they decided to quarantine together during the Covid-19 pandemic for the sake of Stormi.

After weeks of speculation that the pair had rekindled their romance, Kylie gave birth to their second child in February 2021.

Meanwhile, some time back, Travis Scott’s rumoured ex-fling accused the rapper of cheating on Kylie Jenner with her. As the rumours surged, Travis responded saying that “I don’t know this person. I’ve never been with this person.” Recently a model on Instagram took to the social media site to post “proof” to show that the two were recently on the same set of one of his productions, according to Page Six.

Travis shut down the alleged rumours and wrote, “An uninvited person was sneaking photos on what was supposed to be a closed set while I was directing a video.” He added, “I don’t know this person. I’ve never been with this person.” He then asked the model to “stop with the continuous cyber games and the fictional story telling.” According to Page Six, the two were first linked in 2013, much long before Travis and Kylie started seeing each other.

— with inputs from IANS and ANI