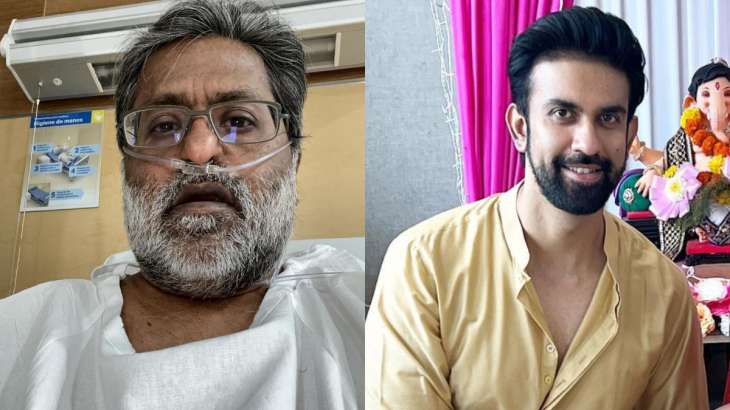 Former IPL chairman Lalit Modi has been hospitalised in London due to COVID-19 infection and pneumonia, he said in a social media post. In a post on Instagram with pictures of his arrival at London Luton Airport, Modi said he is currently on external oxygen support having been flown from Mexico City. In the images shared by Modi, he was seen in a hospital with a tube connected to his nose for oxygen supply. As Modi’s Instagram post surfaced, good wishes started to flood the comments section. His girlfriend, actress Sushmita Sen’s brother Rajeev Sen also wished him a speedy recovery.

Lalit Modi shared on social media that he was infected with COVID-19 twice in two weeks. He said his infection was compounded by influenza and pneumonia. “After 3 weeks in confinement with a double Covid in 2 weeks, accompanied by influenza and deep pneumonia — and post trying several times to leave, finally landed via air ambulance accompanied by two doctors,” Modi said in the post sharing photos of him getting treatment.

The flight was smooth, he said, adding, “Unfortunately, still on 24/7 external oxygen.” He thanked the doctors who treated him at Mexico City and the one who flew from London to accompany him back to the UK.

Lalit Modi thanks his doctors

In another Instagram post, Modi also thanked his two doctors who treated him in Mexico city and London. He shared a picturure with them and wrote in the caption, “I was I thought touch and go. But my children and thief friends and my close friend @harish_salve_ who were all with me 2 out of my three weeks fully by my side. They are all my family and part of me. God bless. Jai hind. Not to forget the @vistajet crew. Who were better then par excellence. Thank u my friend (sic).”

Last year in July, Lalit Modi made his relationship with Sushmita Sen Instagram official. After he was diagnosed with the illness, Sushmita’s younger brother Rajeev Sen posted a comment on his Instagram and wished him a speedy recovery. “Wishing you a speedy recovery Lalit. Stay strong,” Rajeev commented.