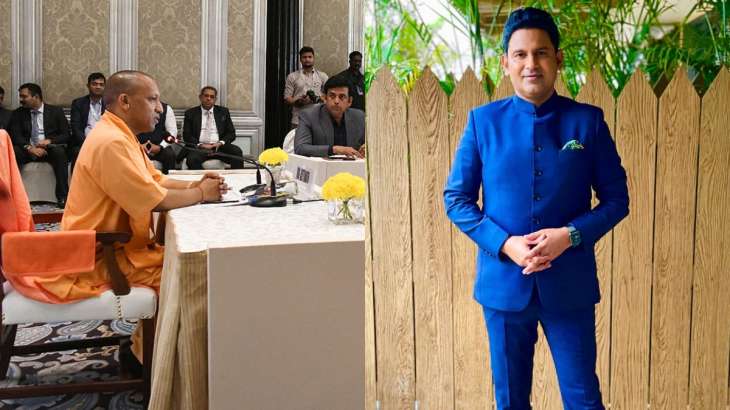 Uttar Pradesh Chief Minister Yogi Adityanath met prominent members from the entertainment industry in Mumbai to explore his state as a film-making destination. Lyricist Manoj Muntashir spoke with India TV exclusively on the sidelines of the meeting which was held at Taj Colaba and shared some important aspects of the discussions with Adityanath and what outcomes the film industry stakeholders and the UP CM are expecting from this meeting.

Excerpts from the interview.

What are your thoughts of remake of old Bollywood songs?

How is Uttar Pradesh as a shoot location?

Uttar Pradesh has received proposals for more than 500 films and 200 films have been shot in the state. 80 films have been subsidised. These figures speak for themselves. All the work is done for the film in UP in one place. UP has received the award for Most Film-Friendly State twice. There is no politics and corruption of any kind. I know 25 films that have been shot in the state. It was a very good and smooth experience. Those who are talking about losing employment are only creating fear. We are talking about the expansion of the film industry. Tamil films are shot in Chennai. Malayalam films are shot in Kerala and Bengali films are shot in West Bengal. Hindi language has its own cinema but does not have its own land but Yogi Adityanath Ji has listened to us. Hindi is UP’s mother tongue, so why don’t we shoot films in UP?

How has Yogi Adityanath reacted to conversation on ‘Boycott Bollywood’ trend?

There is a trend of ‘Boycott Bollywood’ in the whole country. Still, Yogi Adityanath Ji showed courage and met everyone, even though it could have tarnished his image.