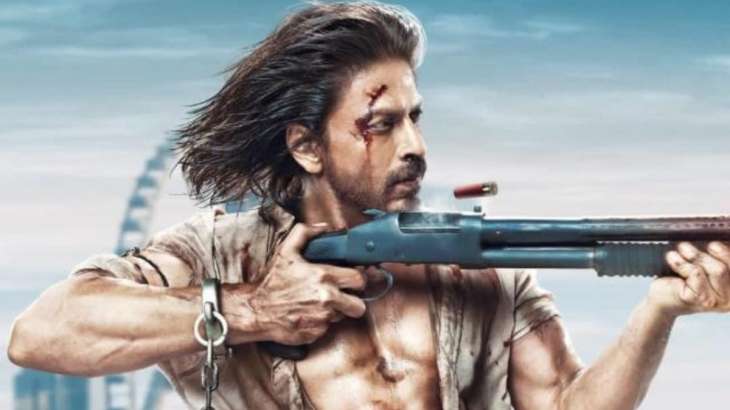 Upcoming Bollywood film Pathaan is riding high on the buzz, thanks to the star power, action genre and the hit music that it brings. The film stars Shah Rukh Khan, who is returning to the big screen after four years in a leading role. Although, he did have a cameo in Ranbir Kapoor and Alia Bhatt’s Brahmastra. Along with SRK, the film features Deepika Padukone and John Abraham. Given the star cast and the actin genre, Pathaan has generated a significant amount of excitement among movie-goers. This is evident from the fact that tickets for the film have been selling rapidly.

While the advance booking of the film begins on 20th Jan, the ticket sale began at select properties, like the Prasads Multiplex in Hyderabad, reports Box Office India. Without any surprises, the multiplex sold over 1800 tickets in just two hours. This bodes well for the film industry, as it is only the second film to have such solid advance results post-pandemic, with the first being Brahmastra.

The advance numbers are expected to be even higher when the film opens on Friday. It goes without saying that the success of the film will have a significant impact on the film industry, which has been hit hard by the pandemic. However, the advance numbers are only a part of the story when it comes to a film’s success. The real test will come from the noon shows and the film’s performance across the country.

Pathaan has the best chance so far of achieving success post-pandemic, with the film’s trailer being played at the world’s tallest building, Burj Khalifa, recently. The overseas markets have also seen excellent advances, particularly in the Gulf region, which has not fully recovered post-pandemic. However, Shah Rukh Khan’s star power is expected to bring the market back, making Pathaan a film to watch out for.

Directed by Siddharth Anand, Pathaan is set to release on January 25th. The film is part of Aditya Chopra’s ambitious spy universe, and it revolves around a RAW agent codenamed Pathaan, who takes on an ominous villain who is hell-bent on ripping apart India’s security apparatus. The movie also features a cameo from Salman Khan. With all these elements and the star power of the actors, Pathaan is set to be a blockbuster hit.