Rakhi Sawant’s marriage with Adil Khan Durrani in trouble? Actress says ‘he stopped me from disclosing’ 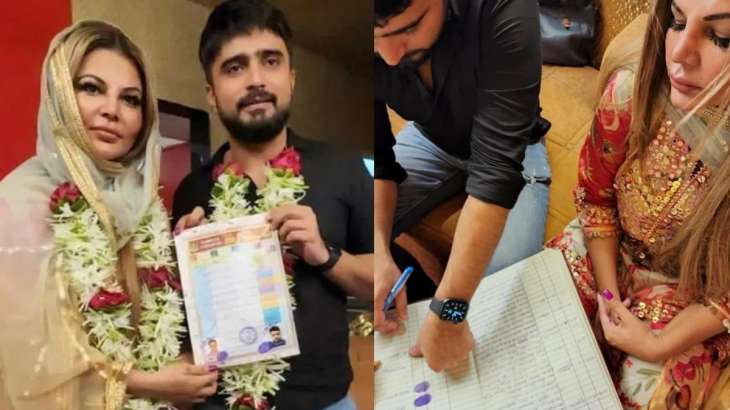 Rakhi Sawant’s marriage news with boyfriend Adil Khan Durrani broke out on January 11. After the wedding pictures went viral, the actress also turned to her social media accounts to confirm the news. However, it seems their wedding is facing a rough patch. Rakhi has now disclosed in an interview that she and Adil Durrani are having some marriage issues.

Speaking to ETimes, Rakhi Sawant indicated that things aren’t going well between her and her husband, Adil Durrani. Talking about the marriage, she said, “Yes, I got married to Adil in July last year after three months of knowing him. We had a nikah ceremony and a court marriage. Since he stopped me from disclosing it, I remained tightlipped for the past seven months. He felt that it would get difficult to find a suitor for his sister if people got to know about our marriage. According to him, ‘tum Rakhi Sawant ke saath judoge toh tumne badnaami li hai’.”

She further went on to say, “We are husband and wife and still staying together. But a lot is happening between us that I don’t want to reveal now. I shall open the cards when the time is right. I want to remain married to Adil and I am sure about that. I have seen a few things that make me feel that a lot has happened.”

Meanwhile, Rakhi, who was dating Adil Durrani, has reportedly tied the knot with him in a court marriage. The video she shared shows her in a printed red and pink sharara with a beige dupatta on her head, while Adil is casually dressed up in a black shirt and denim. The two had garlands around their necks and were seen signing some documents, which appeared to be from their marriage certification procedure.