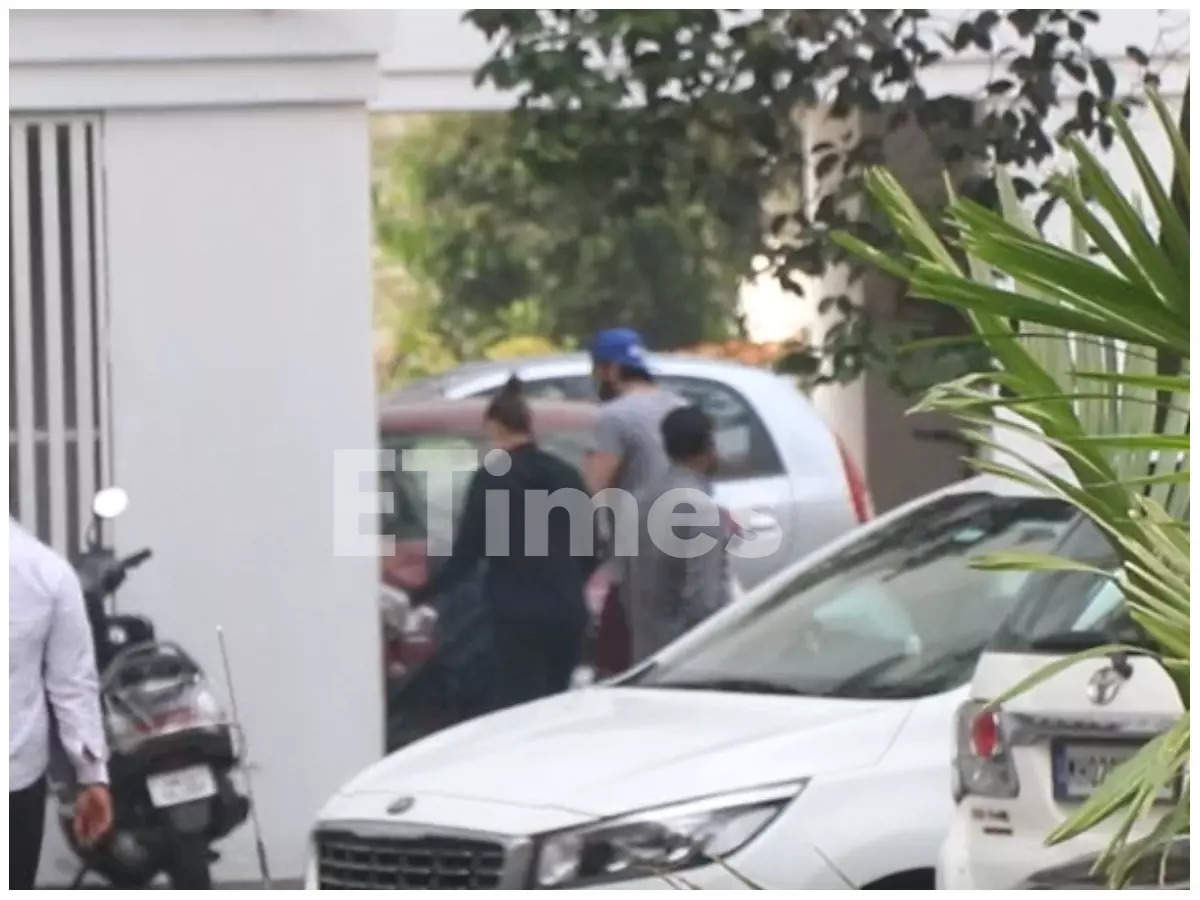 New parents Ranbir Kapoor and Alia Bhatt were spotted enjoying a quiet day out with their baby girl, Raha.
Dressed in their comfy casual attire, the stars spent their evening out around their building premises with their baby girl sleeping comfortably in her stroller. Our cameras caught glimpses of dad Ranbir pushing the stroller around the building while mommy Alia kept close.

Shortly after spending time with his wife and child, the actor was spotted heading to the production office to discuss his upcoming release. The actor ditched his shorts and tee for a white tee and khaki pants.

Ranbir has been busy shuffling his time among the film sets, to complete his schedule well in time for Alia to head back to work. According to reports, the actors have decided to split their schedules so that one of them is at home to watch over their daughter.

While Ranbir wraps up work on ‘Animal’ and gets ready for the release of ‘Tu Jhuthi Main Makkaar’, Alia is reportedly prepping to head back to work soon and resume shooting Karan Johar’s ‘Rocky Aur Rani Ki Prem Kahani’ with Ranveer Singh. The actress is also expected to reunite with Singh for Sanjay Leela Bhansali’s ‘Baiju Bawra’ which is expected to go on floors later this year.