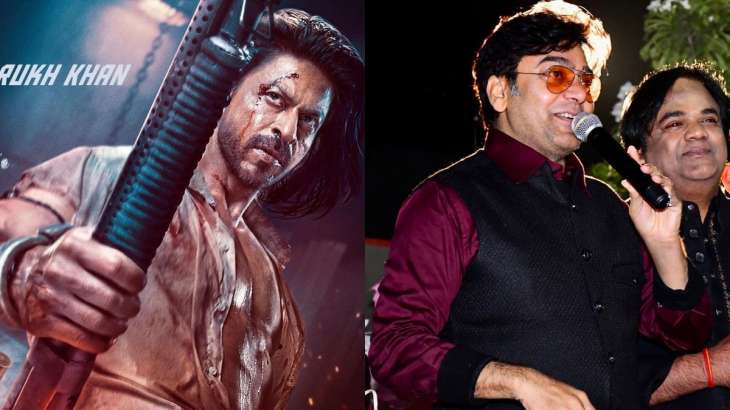 Shah Rukh Khan heaped heavy praise on his Pathaan co-star Ashutosh Rana during his recent #AskSRK session on Twitter. The highly-awaited film is all set to hit the big screens on January 25 and all eyes are on how it will perform at the box office. On social media, SRK has been interacting with the fans, putting the word out ahead of Pathaan’s release. He has been conducting his popular #AskSRK sessions on Twitter more often and during the latest one, he praised Ashutosh Rana and called him a ‘very, very fine actor’.

On Thursday, SRK said he wanted to interact with his Twitter followers before he left for a game of Pitthu/Lagori (seven stones) with his children. When one of the fans asked him to say something about Ashutosh Rana, SRK called him knowledgeable and added that he is a ‘very very fine actor’. “He is a Gyaani and Antaryaami apart from being a very very fine actor (sic),” SRK wrote. Ashutosh responded to SRK’s praise and thanked him. “You said a lot

The trailer of Pathaan was released recently on social media. Featuring SRK in the titular role, the movie officially marks the beginning of YRF Spy Universe, which will connect Tiger and War franchises as well. Salman Khan is all set to make an appearance in Pathaan. Also starring Deepika Padukone, John Abraham and Dimple Kapadia, Pathaan will hit the screens on January 25 in Hindi, Tamil and Telugu.

Besides the high-octane spy thriller Pathaan, Shah Rukh Khan will also be seen in Rajkumar Hirani’s Dunki and Jawan, directed by Atlee. Both movies will release later this year. Shah Rukh also said he is yet to decide what his upcoming films will be for the next year.