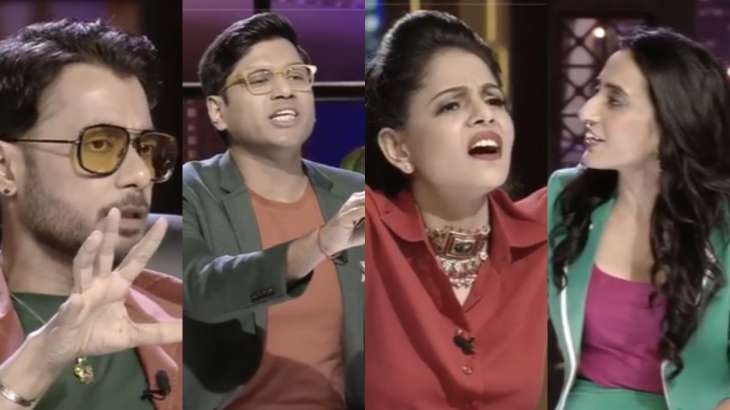 Shark Tank India 2: After the enormous success of season 1, the business reality show is back with another entrepreneurial wave to empower the people of India with a new perspective on business. The new season is going strong and the viewers are loving the show already. Now, ahead of the new episode, a promo is doing the rounds on the internet that shows the sharks going ‘sharky’ over a pitch.

The promo shared by Sony TV’s official social media account, shows Piyush Bansal saying, “Guys, I’m changing the game,”  to which Vineeta Singh replies, “Kya kar rahe ho aap (What are you doing)?”  Then Piyush answers back, “Meri marzi (my choice).” After that, Anupam Mittal is seen saying, “I think it was messy and dirty,” to which Namita Thapar responds, “I disagree,” to which Anupam replies, “It doesn’t matter what you think.”


The promo has piqued the interest of fans, who are now eagerly anticipating the episode.

Previous sharks Ashneer Grover, (co-founder and MD of BharatPe), and Ghazal Alagh, (co-founder of Mamaearth), who were both well-liked by the audience, won’t be coming back for the second season. Ashneer Grover is replaced by Amit Jain. He is the CEO of CarDekho.com. This season is hosted by stand-up comedian Rahul Dua.

Also read: Top Web Series on Netflix in India: Wednesday, Emily In Paris, Khakee and others