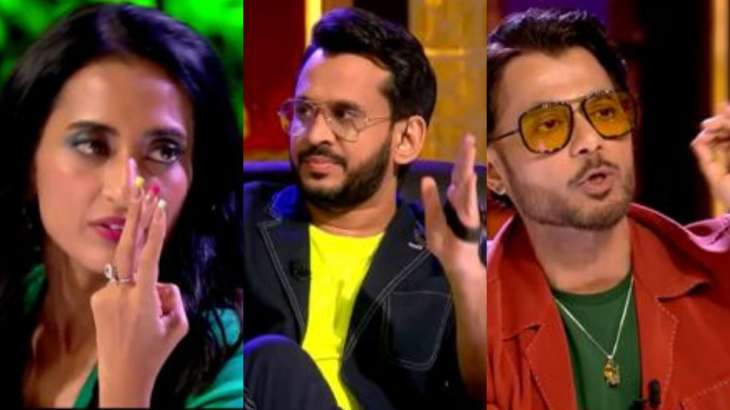 The second season of India’s most successful and first business reality show is set to entertain everyone. The show is scheduled to premiere on Monday. Ahead of the show, promos are doing the rounds on social media. One of the promos caught the public’s attention. In the promo, the sharks are seen lashing out at a pitch after the pitchers change the whole game.

In the promo, Vineeta Singh is seen saying, “Three (Vineeta, Aman and Anupam) of us 3 percent.” After that, the pitcher gives their counter and says they want Aman and Vineeta at 2 percent. After their offer, Anupam is seen losing his calm and calling it a “dirty game.” He is seen further saying, “You are trying to be oversmart.” The promo closes with Shark Piyush Bansal saying, “It is a big mistake.”

The promo is making waves on the internet and it has piqued the interest of the ardent fans of the show who are waiting for it to be aired soon.

Previous sharks Ashneer Grover, (co-founder and MD of BharatPe), and Ghazal Alagh, (co-founder of Mamaearth), who were both well-liked by the audience, won’t be coming back for the second season. Ashneer Grover is replaced by Amit Jain. He is the CEO of CarDekho.com. This season will be hosted by stand-up comedian Rahul Dua.