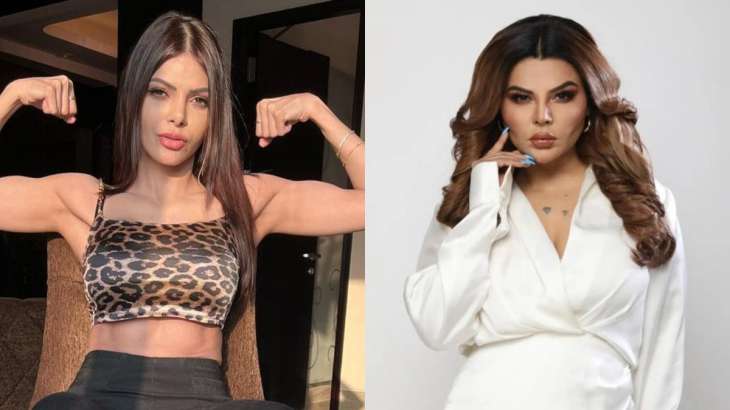 Sherlyn Chopra and Rakhi Sawant’s infamous dispute has been making news for a long time. Their feud began when #MeToo accused Sajid Khan entered the Bigg Boss house. While Sherlyn was against his participation in the reality show, Rakhi backed the filmmaker. Sawant has now been detained by the Amboli Police in relation to a FIR that Sherlyn Chopra has filed against her. Cops are currently questioning the actress. Sherlyn Chopra was spotted outside the station and publicly called out the actress while speaking to the media.

Sherlyn spoke about how Rakhi Sawant had supported the person who sexually assaulted her. Even though the actress avoided the name, given their history of conflict, it is presumably Sajid Khan. She said, “Jinhone mera yon shoshan kiya tha, tab tab Rakhi Sawant jaise log beech main akar un aaropiyon ko bachane ki poori koshish karte hai. Mera in logon se ye nivedan hai ki voh apne bhaiyon ko bachane ki bajaye apne bhaiyon ke paas jaakar poochein ki unke bhai kyun mahilaon ke sath yaun utpeeran karte hai (The one who sexually harassed me was saved by people like Rakhi Sawant from time and again. I have a  request to such people that instead of saving your brothers, they should simply go to them and ask why did they sexually harass the girls?”)

Earlier on Thursday, Sherlyn took to her verified Twitter account, writing that Rakhi has been arrested by the police. She also shared additional information about the FIR.  As per the latest development, the Amboli Police took her into custody on the basis of the complaint filed by Sherlyn in the past.