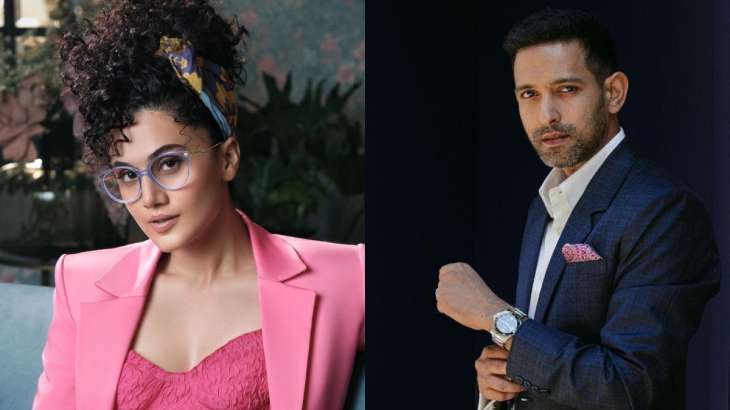 Actor Vikrant Massey attended an event at IIT Bombay and talked about how he is gearing up for the second part of the film ‘Haseen Dillruba’ alongside Taapsee Pannu.

When asked about ‘Haseen Dilruba 2’, Vikrant said: “I am confirming that it’s coming.” He said about the project that “A lot of it is going to be really different. Except for me and Tapsee, there are so many new things. It’s another crazy experience. We had not kept expectations earlier too that it will be so loved, the story, the world around the story.”

“The amount of love we got for the film we thought…. We had left an interesting open ending buffer for a second part and how we can do that and luckily for us the audience responded and in 15 days now I am going to start the shoot for it. Please do go and watch the film.”

Meanwhile, on the work front, after wrapping up the shoot of 12th Fail’, now the actor is all set to be seen in Gaslight with Sara Ali Khan which was shot in remote locations of Gujarat’s Rajkot.

He will also be seen in Dinesh Vijan’s Sector 36 along with Deepak Dobriyal in a pivotal role. Helmed by Talvar writer Aditya Nimbalkar, and written by Bodhayan Roy Chaudhary, Sector 36 is a dark crime-thriller.

Also read: Rajinikanth’s Jailer will have a cameo from Mohanlal, Malayalam superstar will play THIS role