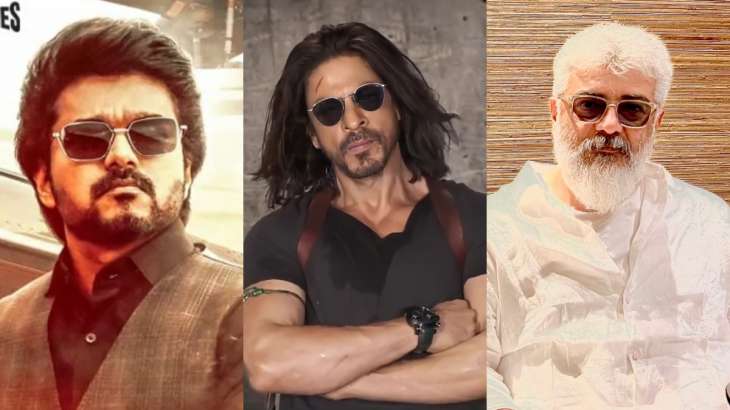 Varisu vs Thunivu Box Office Collection Day 15: Shah Rukh Khan’s Pathaan has finally hit the theaters. It has break several records at the Box Office in India and overseas with the South market being a major contributor. Now, the bigger question is, will Pathaan be able to put up a tough fight against Thalapathy Vijay’s Varisu, Ajith Kumar starrer Thunivu, Nandamuri Balakrishna’s Veera Simha Reddy and Chiranjeevi’s film Waltair Veerayya, that are running successfully in the theatres?

Vijay and Ajith Kumar’s films hit the theatres on January 11 and have been setting the box office on fire. They are performing remarkably well but after the release of Pathaan, let’s us know what the films have earned on its Day 15.

The phenomenal run of Vijay’s film at the box office has impressed many. Creating new records for the actor, the hit Tamil film has already become the actor’s second-highest-grossing film. As per early trade reports, on the 15th day of its release, Varisu earned 1.35- 1.50 India net for all languages. With this, the total collection of the film stands at Rs 156 crore. Varisu had an overall 23.88% Tamil occupancy on January 25.

Thunivu’s opening has been bigger than Varisu. The initial figures of the film suggested that it will leave Varisu behind by a big margin. However, in a surprise move, Vijay’s film quickly picked up pace in the first week itself, dragging Ajith’s movie far behind. On the 15th day of its release, Ajith’s film reportedly minted Rs 1 crore taking the film’s total collection to over Rs 109 crore. Thunivu had an overall 26.08% Tamil occupancy.

Meanwhile, ‘Thunivu’ is set to become Ajith’s highest-grossing film as it inches to break ‘Valimai’ collections. In action-packed starrer Thunivu, Ajith’s look as the ‘boss man’ steals the show. He has taken people, hostage, at a bank. Police are seen trying to ascertain his identity. But it is a mystery that unfolds slowly. The movie packed with action, shows Ajith in a white beard and white hair. The action thriller has Ajith Kumar playing a slightly negative character, and he impressed the fans with it.