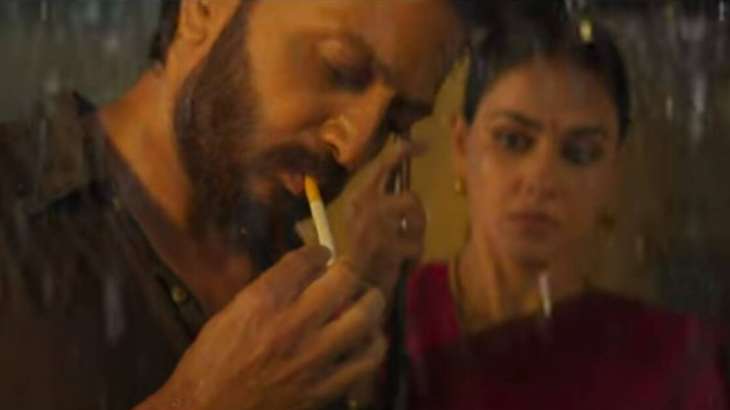 Ved Box Office Collection Day 3: Riteish Deshmukh’s directorial debut Ved has been ruling the charts since its release on December 30. The Marathi film stars Genelia Deshmukh with Riteish and the duo has once again weaved the magic of their romance on the big screen. Earlier, Riteish Deshmukh’s 2014 film Lai Bhaari has become a blockbuster, and now, with Ved, the actor has been breaking many box office records. According to trade analyst Taran Adarsh, the film earned Rs 3 crore on its first Monday.

Not just good box office numbers, Ved has become the talk of the talk everywhere. Ot has been ruling the trends on social media as well. Other than the much-talked-about couple Riteish and Genelia, the film also has a guest appearance of Salman Khan in the film. The superstar shot for a song in Ved. This is also Genelia’s Marathi film debut.

The actress announced the same last year with a video. She wrote, “Have been blessed to be part of movies in so many languages and receive love and respect from all. Being born in Maharashtra, my heart yearned to do a film in Marathi for years and was hoping there would be a script where I could just say this is it. And, then this happened – My first Marathi film, me coming back to acting after 10 long years and being part of a dream where my husband Riteish Deshmukh directs for the first time and I get to share space with a beautiful co-actor Jiya Shankar who gets introduced under our production house MFC.(sic)”

Meanwhile in the upcoming months, Riteish will be seen in an upcoming horror comedy Kakuda alongside Sonakshi Sinha and Saqib Saleem and in Sajid Khan’s comedy 100% alongside John Abraham, Nora Fatehi, and Shehnaaz Gill.

Did Tara Sutaria-Aadar Jain break up amid wedding rumours? Here’s what we know