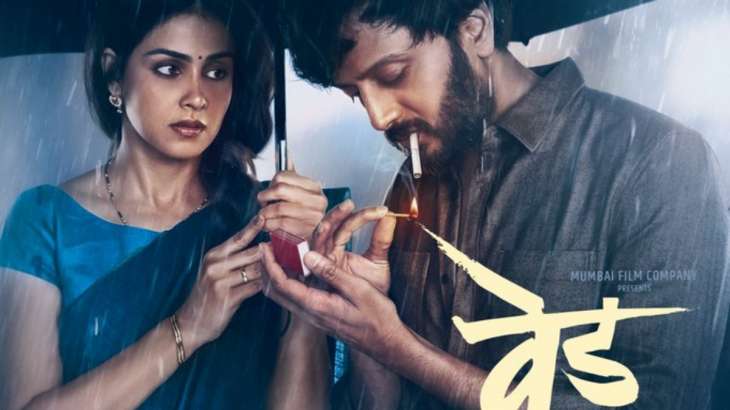 Ved Box Office Collection Day 9: Riteish Deshmukh and Genelia D’Souza’s film has successfully managed to impress the audience. Ever since the film was released, their fans have been showering them with immense love. On Saturday it was a surprise to see the box office collection going higher up than the film’s opening day. The Marathi film which marks the directorial debut of Riteish will soon reach Rs 30 Cr mark at the ticket window.

Ved has been performing well at the ticket window since its opening day. However, it was a surprise to see that on day 9, the film earned more than its opening day. Clearly, word of mouth has been working in the film’s favour with more and more people interested to watch Riteish Deshmukh and Genelia D’Souza on the screen. If early trade reports are to be believed the film raked in over Rs 5 Cr on the 9th day of its release, the highest day collection for the film. It raked in Rs 2.25 Cr on its opening day.

Not just Riteish and Genelia’s chemistry but the film also has a special guest appearance of Salman Khan in the film. The superstar shot for a song in Ved.

The film also marks Genelia’s Marathi debut. It was in December last year that Genelia had revealed she would be making her Marathi debut with Ved. Sharing a video, the actress had written, “Have been blessed to be part of movies in so many languages and receive love and respect from all. Being born in Maharashtra, my heart yearned to do a film in Marathi for years and was hoping there would be a script where I could just say this is it. And, then this happened – My first Marathi film, me coming back to acting after 10 long years and being part of a dream where my husband Riteish Deshmukh directs for the first time and I get to share space with a beautiful co-actor Jiya Shankar who gets introduced under our production house MFC.(sic)”