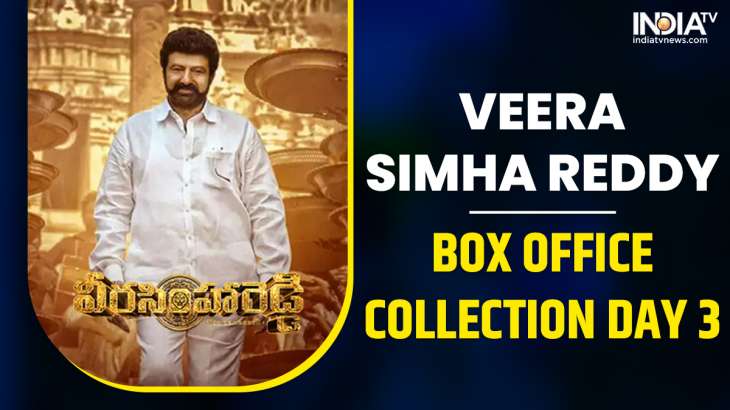 As per a trade report, Veera Simha Reddy collections have seen a major drop in its box office collection after the opening. On the first day of its release, the film earned over Rs 30 Cr, however, on day 2 and 3, the earnings were down to Rs 8 Cr and 10 Cr, respectively. Waltair Veerayya, on the other hand, earned Rs 30 Cr on day 1 and the following day it collected Rs 20 Cr.

Veera Simha Reddy revolves around its titular character, a powerful man who is born in Pulicharla, studied in Anantapur, and is now the most-respected, God-like figure of Kurnool, Andhra Pradesh. It features Balakrishna in dual roles of father and son, and also stars Varalaxmi Sarath Kumar. Apart from action and aggression, VSR also shows a strong emotional core.

On the other hand, Shruti Haasan oozed oomph in songs of the film with Nandamuri and also scored with an emotional scene. Sarathkumar and Duniya Vijay appear as the antagonists in the film, which features Lal, Malayalam actress Honey Rose, Chandrika Ravi, Murali Sharma, Naveen Chandra, and others in supporting roles. Rishi Punjabi has done the cinematography, wherein S Thaman’s background score will definitely give goosebumps to the masses.