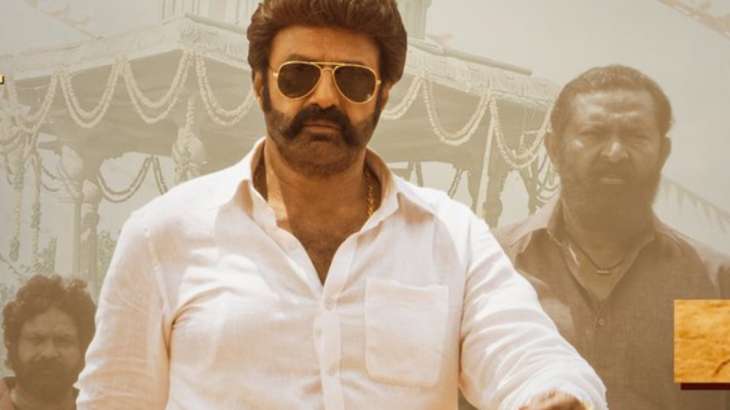 Veera Simha Reddy, starring Telugu actor Nandamuri Balakrishna in the titular role, is gearing up for a Sankranthi 2023 release. Ahead of this, the makers unveiled the trailer. The power-packed trailer video hints that the Gopichand Malineni directorial is going to be a complete treat for audiences. It shows the different aspects of the movie including action, emotions, fights and mass ingredients like lengthy monologues and dance numbers. For the unversed, Nandamuri and director Gopichand Malineni joined forces for the first time.

The trailer starts with Balakrishna delivering a powerful dialogue which alone is enough to describe his mighty and intense character. “Appointment Lekunda Vasthe Occasion Chudanu, Location Chudanu… Onti Chettho Oochakotha… Kosthaa Naa Kodakaa,” thunders Balakrishna while giving a stern warning to opponents and the trailer has many such strong dialogues penned by Sai Madhav Burra. Surprisingly, Balakrishna also appears in a younger and stylish avatar in the trailer, thus hinting towards the possibilities for yet another double role.

Veera Simha Reddy revolves around its titular character, a powerful man who is born in Pulicharla, studied in Anantapur, and is now the most-respected, God-like figure of Kurnool, Andhra Pradesh. Apart from action and aggression, the trailer also shows a strong emotional core.

On the other hand, Shruti Haasan oozed oomph in songs of the film with Nandamuri and also scores with an emotional scene. Varalaxmi Sarathkumar and Duniya Vijay appear as the antagonists in the film, which features Lal, Malayalam actress Honey Rose, Chandrika Ravi, Murali Sharma, Naveen Chandra, and others in the supporting roles. Rishi Punjabi has done the cinematography, wherein S Thaman’s background score will definitely give goosebumps to the masses. Navin Nooli is handling editing and AS Prakash is the production designer.