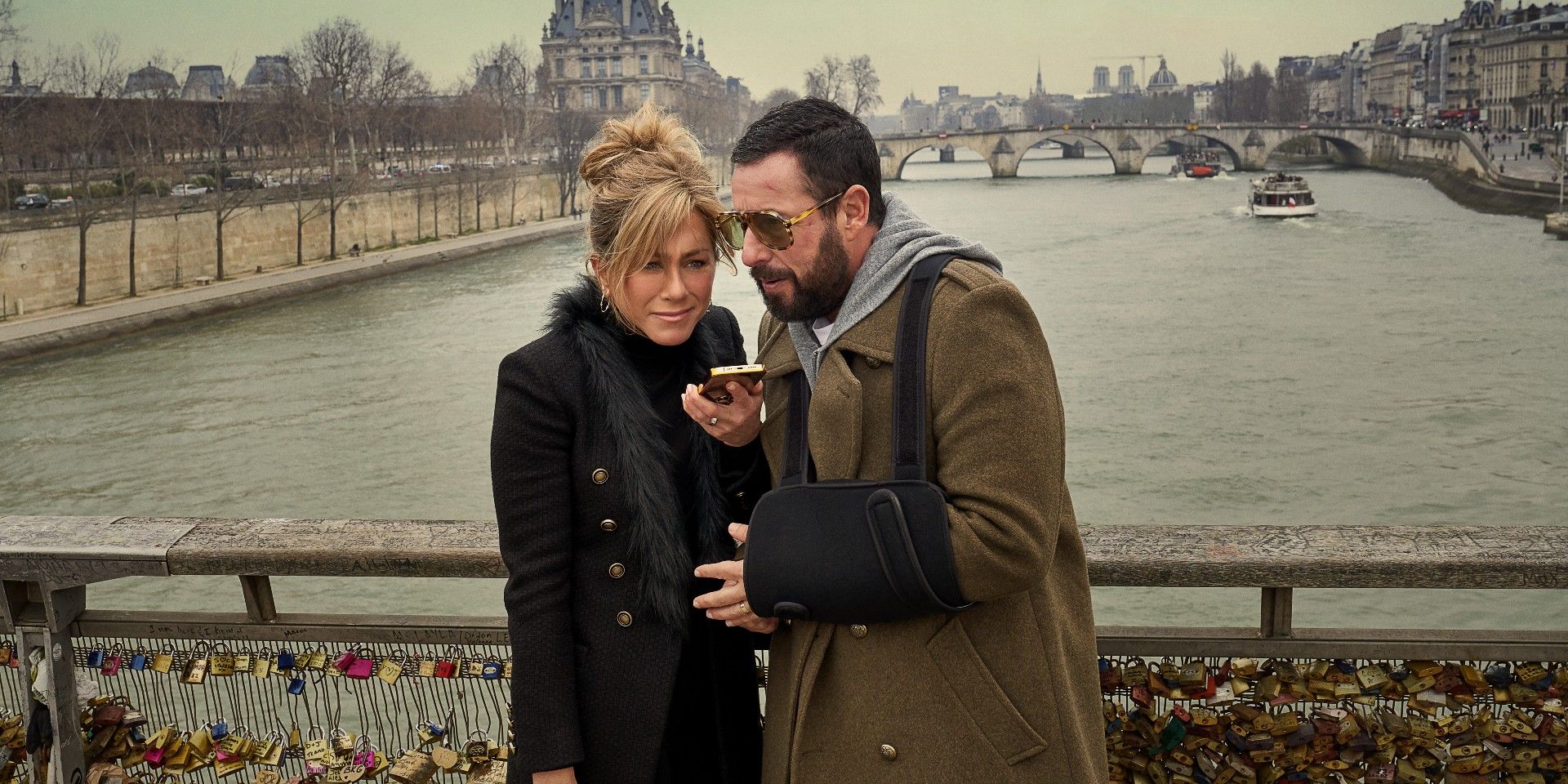 Adam Sandler and Jennifer Aniston return in the first Paris-set image from Murder Mystery 2, the sequel to their hit Netflix comedy movie.

The first image for Netflix’s Murder Mystery 2 has been revealed, alongside the movie’s release month. The original Murder Mystery took the world by storm when it premiered in 2019. The renowned comedy duo of Adam Sandler and Jennifer Aniston captured the attention of audiences worldwide, with Murder Mystery having the biggest opening weekend ever for a Netflix film at the time of its release, amassing 30.8 million views over the first 3 days of release. Netflix hopes to recapture the magic with Murder Mystery 2.

USA Today has shared the first official look at Murder Mystery 2 and revealed the month the comedy will release at Netflix. As the title of the movie suggests, the movie revolves around another murder mystery for the central couple. The image brings back Sandler’s Nick Spitz, a New York City police officer, alongside his wife Audrey, a hairdresser and murder mystery novel enthusiast, played by Aniston. The image shows the pair in Paris, with Nick sporting several injuries that no doubt will be explained in the movie. Murder Mystery 2 is set to premiere on Netflix in March. Check out the synopsis for the movie and the image below:

Detective couple Audrey (Jennifer Aniston) and Nick (Adam Sandler) get involved in some international intrigue when their pal is kidnapped at his own wedding in the comedy sequel.

Murder Mystery ended its first 28 days, the tracking period Netflix uses for movies and shows, with 170 million hours watched by Netflix subscribers. That is a huge number that put Murder Mystery in the top 10 most-watched Netflix movies of all time. The movie has since fallen from the list, but recent whodunit Glass Onion: A Knives Out Mystery demonstrates enduring interest in the genre, currently sitting at No.10 on the Netflix all-time movie charts. Both Murder Mystery and Glass Onion: A Knives Out Mystery share a connection to Agatha Christie, who is regarded by many as the best author of the genre.

The choice of genre itself might have been a solid point in favor of Murder Mystery becoming a global phenomenon, as audiences can easily be pulled in by compelling mystery. It also helped that Murder Mystery had a star-studded cast. Sandler and Aniston excelled in the Netflix film, which helped the former actor revive his career. Murder Mystery 2 is perfect for Sandler, as it will take him back to the role that influenced his new professional chapter.

What To Expect From Murder Mystery 2

Netflix has only released a short synopsis for Murder Mystery 2 so far that teases Nick and Audrey going on a globe-trotting adventure, much like the first movie. The addition of a kidnapping should give the sequel a unique edge and can push Nick and Audrey’s sleuthing skills to a new level. The premise sounds compelling for a murder mystery comedy, promising new exotic locations along the journey. The first image of Murder Mystery 2 showed the main couple at Paris’ iconic landmark Pont des Arts, but the movie won’t take place only there, bringing Sandler and Aniston’s electrifying chemistry to the Caribbean as well. Audiences can expect more details when a trailer for Murder Mystery 2 emerges.

Next: Every Adam Sandler Movie His Family Members Appear In (& Who They Play)