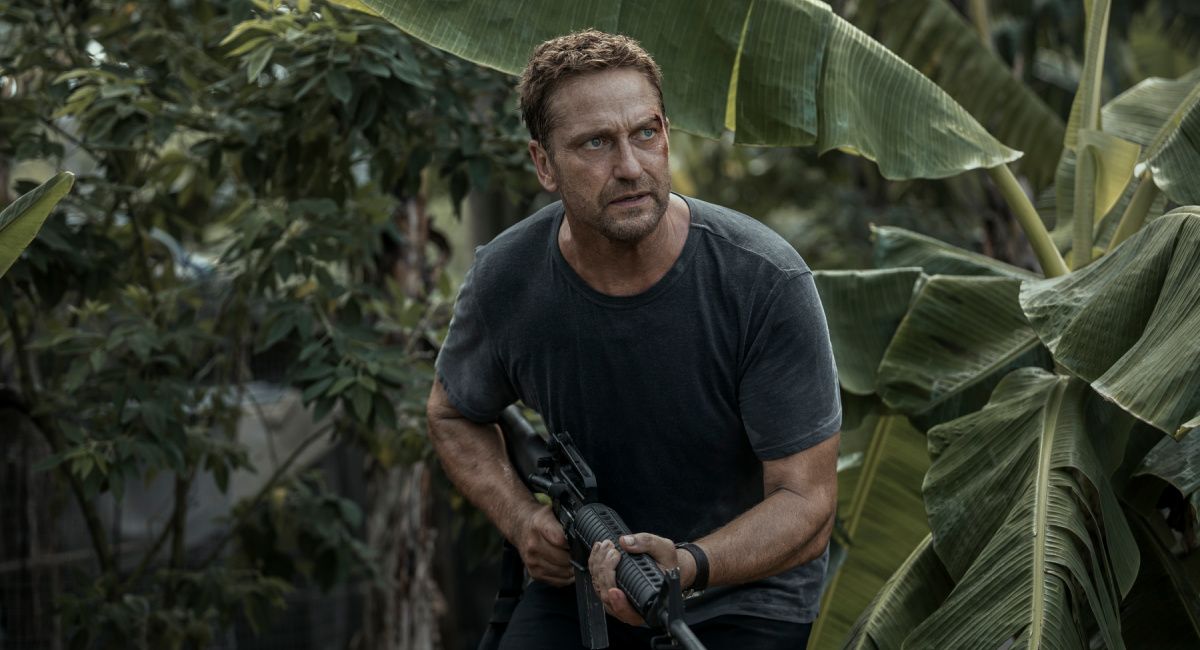 Gerard Butler is one of the most popular actors working today.

He helped launch the career of director Zack Snyder with his work on ‘300,’ created popular franchises from film’s like ‘Olympus Has Fallen’ and ‘How to Train Your Dragon,’ and is scheduled to shoot the upcoming sequels for fan-favorite movies like ‘Law Abiding Citizen’ and ‘Den of Thieves.’

In honor of the release of ‘Plane,’ Moviefone has compiled a list of the 25 best Gerard Butler movies of all-time, including ‘Plane.’

Abraham Van Helsing (Christopher Plummer), who has tangled with Count Dracula (Butler) in the past, works as an English antiques dealer. Simon (Jonny Lee Miller) is a vampire hunter in training under his apprenticeship.

“The Most Seductive Evil of All Time Has Now Been Unleashed in Ours.”

“In the near future, you don’t live to play… you’ll play to live.”

Captain Glass (Butler) of the USS Arkansas discovers that a coup d’état is taking place in Russia, so he and his crew join an elite group working on the ground to prevent a war.

Lara Croft (Angelina Jolie) ventures to an underwater temple in search of the mythological Pandora’s Box but, after securing it, it is promptly stolen by the villainous leader of a Chinese crime syndicate. Lara must recover the box before the syndicate’s evil mastermind (Ciarán Hinds) uses it to construct a weapon of catastrophic capabilities.

In post-apocalyptic England, an American volunteer (Matthew McConaughey) and a British survivor (Christian Bale) team up to fight off a brood of fire-breathing dragons seeking to return to global dominance after centuries of rest underground. The Brit — leading a clan of survivors to hunt down the King of the Dragons — has much at stake: His mother was killed by a dragon, but his love (Izabella Scorupco) is still alive.

A group of archaeological students (Butler, Paul Walker, and Frances O’Connor) become trapped in the past when they go there to retrieve their professor (Billy Connolly). The group must survive in 14th century France long enough to be rescued.

“They had to travel into the past to save the future”

John Garrity (Butler), his estranged wife (Morena Baccarin) and their young son embark on a perilous journey to find sanctuary as a planet-killing comet hurtles toward Earth. Amid terrifying accounts of cities getting leveled, the Garritys experience the best and worst in humanity. As the countdown to the global apocalypse approaches zero, their incredible trek culminates in a desperate and last-minute flight to a possible safe haven.

Deformed since birth, a bitter man known only as the Phantom (Butler) lives in the sewers underneath the Paris Opera House. He falls in love with the obscure chorus singer Christine (Emmy Rossum), and privately tutors her while terrorizing the rest of the opera house and demanding Christine be given lead roles. Things get worse when Christine meets back up with her childhood acquaintance Raoul (Patrick Wilson) and the two fall in love.

The Phantom of the Opera

“The classic musical comes to the big screen for the first time.”

A revered bounty hunter’s (Butler) latest gig is rather satisfying, as his bail-skipper is his ex-wife (Jennifer Aniston), who has no intention of getting nabbed without a fight.

After an unprecedented series of natural disasters threatened the planet, the world’s leaders came together to create an intricate network of satellites to control the global climate and keep everyone safe. But now, something has gone wrong: the system built to protect Earth is attacking it, and it becomes a race against the clock to uncover the real threat before a worldwide geostorm wipes out everything and everyone along with it.

“Some things were never meant to be controlled.”

A young widow (Hilary Swank) discovers that her late husband (Butler) has left her 10 messages intended to help ease her pain and start a new life.

“His life ended. Now, a new one will begin.”

The true story of Sam Childers (Butler), a former drug-dealing biker who finds God and became a crusader for hundreds of Sudanese children who’ve been kidnapped and pressed into duty as soldiers.

After a treacherous attack, Secret Service agent Mike Banning (Butler) is charged with attempting to assassinate President Trumbull (Morgan Freeman). Chased by his own colleagues and the FBI (Jada Pinkett Smith), Banning begins a race against the clock to clear his name.

On the run from a lethal assassin, a wily con artist (Frank Grillo) devises a scheme to hide out inside a small-town police station. However, when the hit man (Butler) turns up at the precinct, an unsuspecting rookie cop (Alexis Louder) finds herself caught in the crosshairs.

Five years have passed since Hiccup (Jay Baruchel) and Toothless (Randy Thom) united the dragons and Vikings of Berk. Now, they spend their time charting unmapped territories. During one of their adventures, the pair discover a secret cave that houses hundreds of wild dragons — and a mysterious dragon rider who turns out to be Hiccup’s mother, Valka (Cate Blanchett). Hiccup and Toothless then find themselves at the center of a battle to protect Berk from a power-hungry warrior named Drago (Djimon Hounsou).

In London for the Prime Minister’s funeral, Mike Banning (Butler) discovers a plot to assassinate all the attending world leaders.

“The world’s leaders have assembled. So have their enemies.”

Caius Martius, aka Coriolanus (Ralph Fiennes), is an arrogant and fearsome general who has built a career on protecting Rome from its enemies. Pushed by his ambitious mother (Vanessa Redgrave) to seek the position of consul, Coriolanus is at odds with the masses and unpopular with certain colleagues. When a riot results in his expulsion from Rome, Coriolanus seeks out his sworn enemy, Tullus Aufidius (Butler). Together, the pair vow to destroy the great city.

As the son of a Viking leader on the cusp of manhood, shy Hiccup Horrendous Haddock III (Jay Baruchel) faces a rite of passage: he must kill a dragon to prove his warrior mettle. But after downing a feared dragon, he realizes that he no longer wants to destroy it, and instead befriends the beast – which he names Toothless (Randy Thom) – much to the chagrin of his warrior father (Butler).

After a heroic job of successfully landing his storm-damaged aircraft in a war zone, a fearless pilot (Butler) finds himself between the agendas of multiple militias planning to take the plane and its passengers hostage.

“Survive together or die alone.”

After a heroic job of successfully landing his storm-damaged aircraft in a war zone, a fearless pilot finds himself between the agendas of multiple militias planning… Read the Plot

A frustrated man (Butler) decides to take justice into his own hands after a plea bargain sets one of his family’s killers free. He targets not only the killer but also the district attorney (Jamie Foxx) and others involved in the deal.

A gritty crime saga which follows the lives of an elite unit of the LA County Sheriff’s Dept. and the state’s most successful bank robbery crew as the outlaws plan a seemingly impossible heist on the Federal Reserve Bank.

When the White House (Secret Service Code: “Olympus”) is captured by a terrorist mastermind and the President (Aaron Eckhart) is kidnapped, disgraced former Presidential guard Mike Banning (Butler) finds himself trapped within the building. As the national security team scrambles to respond, they are forced to rely on Banning’s inside knowledge to help retake the White House, save the President and avert an even bigger disaster.

Based on Frank Miller’s graphic novel and directed by Zack Snyder, ‘300’ is very loosely based the 480 B.C. Battle of Thermopylae, where the King of Sparta (Butler) led his army against the advancing Persians; the battle is said to have inspired all of Greece to band together against the Persians, and helped usher in the world’s first democracy.