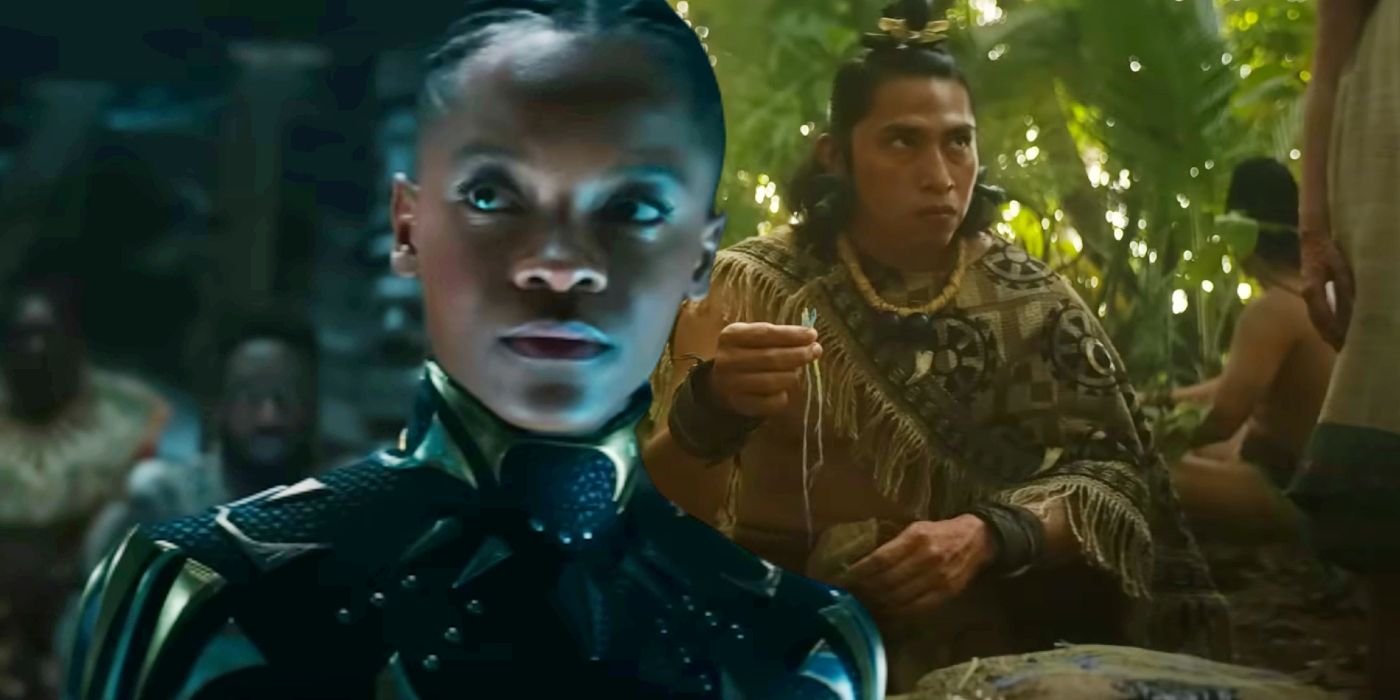 The video, which features interviews with Carter, Wright, Bassett, Coogler, and Lupita Nyong’o, details how Carter used historical African and Mexican designs as inspiration behind the costumes for the Wakandans and Talokanil, respectively. Carter goes the extra mile, of course, by taking these inspirations that are rooted in real-world history and giving them a modern or even futuristic flair so that they then fit into the world of the MCU.

What’s Next For Shuri After Black Panther: Wakanda Forever?

One of the most important costumes in Black Panther: Wakanda Forever that immediately popped out from the film’s very first trailer was the design of the new Black Panther suit. Following T’Challa’s death, Shuri is initially reluctant to take up the mantle of the Wakandan hero but, by the film’s end, she has fully embraced her new role as the nation’s protector and sports a sleek new suit. Black Panther: Wakanda Forever is really about Shuri learning to embrace her grief at her brother’s death and not channel her feelings into rage, and the movie ends with Wright’s character fully leaning into her sadness and pain. Although Shuri is sure to carry her brother with her wherever she goes, the door is now open to more fully explore her as a superhero.

Black Panther: Wakanda Forever has not only been a hit with critics, but it’s performed well at the box office as well, having now earned over $837 million worldwide. This strong performance makes Black Panther 3 much more likely. If a third movie does get the green light, it could feature Shuri as a more seasoned version of the Wakandan hero, potentially closer to how T’Challa was portrayed in the 2018 original film. Plus, with Winston Duke’s M’Baku seemingly becoming the King of Wakanda at the end of the most recent sequel, a third movie could also explore the dynamic between those two characters and any potential friction that arises between them.

While Shuri’s next MCU appearance has not yet been confirmed, it’s almost guaranteed that she will appear in Avengers: The Kang Dynasty in 2025 to fight against Jonathan Majors’ Kang. Given her new position as the Black Panther, it’s also essentially a lock that she will play a role in Avengers: Secret Wars in 2026, a film that very much remains shrouded in mystery. Outside of her potential new role as an Avenger, it’s likely that Shuri will crop up in a post-credit scene or a Disney+ show at some point during Phase 5 to further solidify her position as a significant figure in the MCU following Black Panther: Wakanda Forever.