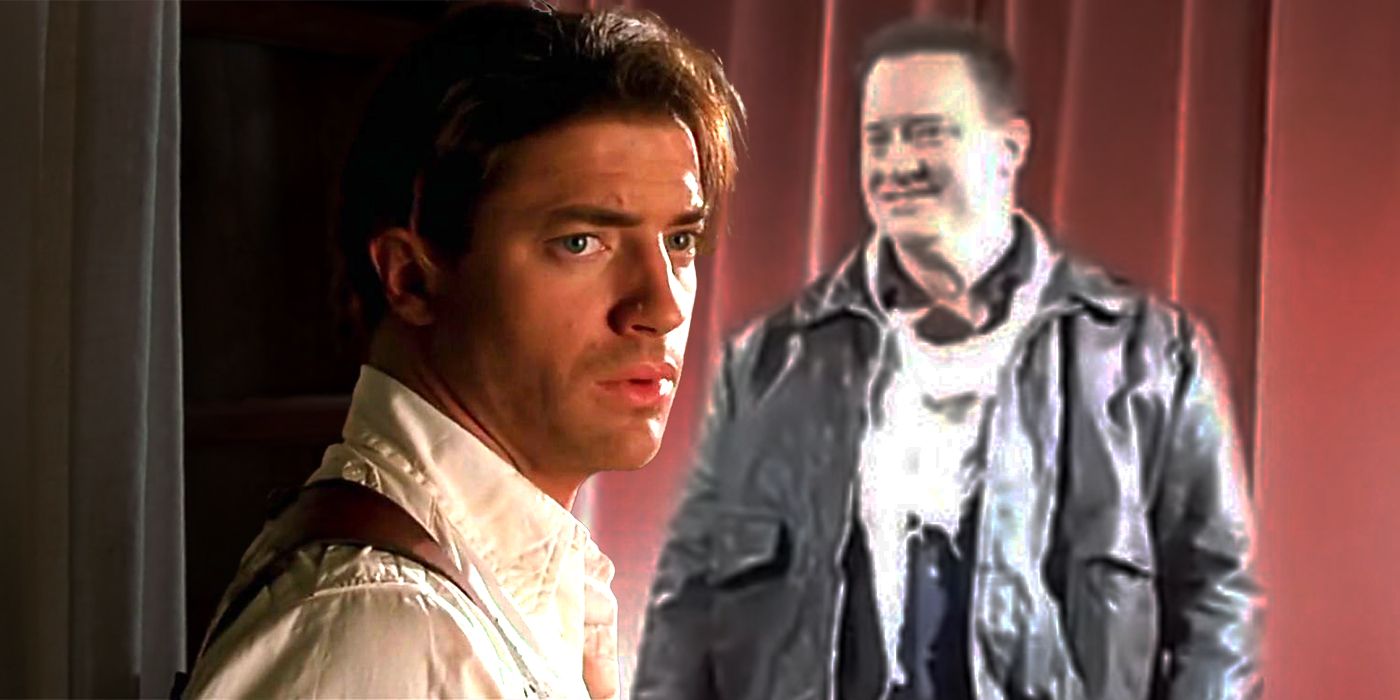 Brendan Fraser surprises The Mummy fans attending a double feature of the hit action-adventure movies in a sweet video where he praises the audience.

While audiences continue to call for his franchise return, Brendan Fraser has surprised The Mummy fans attending a double feature in a sweet new video. Fraser led the cast of the remake of the Universal Classic Monster movie as Rick O’Connell, a captain in the French Foreign Legion who would go on to become an adventurer and face off against the likes of former Egyptian priest, Imhotep, the power-hungry Scorpion King and the Dragon Emperor. Though scoring generally mixed reviews across each film, The Mummy trilogy became a fan-favorite during its run and was a consistent box office performer, with each installment grossing at least $400 million worldwide.

As he continues to gain Oscar buzz for his turn in The Whale, Twitter user Niall McGourty has shared a sweet video of Brendan Fraser surprising The Mummy fans at a double feature of the action-adventure franchise.

The video sees the star reflecting on making the beloved film, including their not knowing what the genre was for the 1999 movie at the time of production, only for test audiences to score it through the roof. Fraser would also go on to ask if any of those in attendance had seen either of the films, sharing his excitement at learning a few would be watching them for the first time.

Related: The Mummy’s Brendan Fraser Character Can Be The New Indiana Jones

Will The Mummy 4 Ever Happen?

With the actor enjoying what’s affectionately known as the Brenaissance, and the Tom Cruise-led remake crumbling the interconnected Dark Universe before it could get started, cries have rung out for Fraser to return for a potential The Mummy 4. Fraser himself has expressed his interest multiple times in recent months to bring O’Connell back to the big screen, admitting that while he is not sure how it would work from a story perspective, he would be open to the opportunity if the right story idea came along. The recent resurgence of the adventure genre with the Channing Tatum and Sandra Bullock-led The Lost City and Dwayne Johnson’s Jungle Cruise has also sparked further interest in a return to the old-fashioned nature of The Mummy movies.

Despite this, however, the likelihood of The Mummy 4 coming to fruition remains to be seen. Fraser may be undergoing a return to the spotlight, though it’s unclear whether this is resulting in box office results, as what’s being dubbed his comeback film, Darren Aronofsky’s The Whale, has only brought in just shy of $12 million against its $3 million production budget, considered a modest haul by some, but an underwhelming one by others when compared to fellow A24 release and awards season heavy, Everything Everywhere All At Once. Considering Universal is still weighing their options carefully regarding future Classic Monster adaptations following Dark Universe’s failure and The Invisible Man‘s success, they may not be ready to dive back into franchise filmmaking without feeling confident in the sequel’s ability to turn a profit.

What Brendan Fraser Has Coming Up

Even outside of a potential The Mummy return, Fraser has a number of exciting projects coming in the near future. Though his DC Universe-set Batgirl movie has hit the shelves at Warner Bros. Discovery, the actor has another potential award-winning title slated for release this year with Martin Scorsese’s Killers of the Flower Moon, while also expected to be seen in Doom Patrol season part 2 releasing later this year and the Josh Brolin and Peter Dinklage-starring Brothers set for an unknown release date. While audiences await further details on these future projects, they can catch up with Fraser’s potential Oscar-winning turn in The Whale now in theaters.