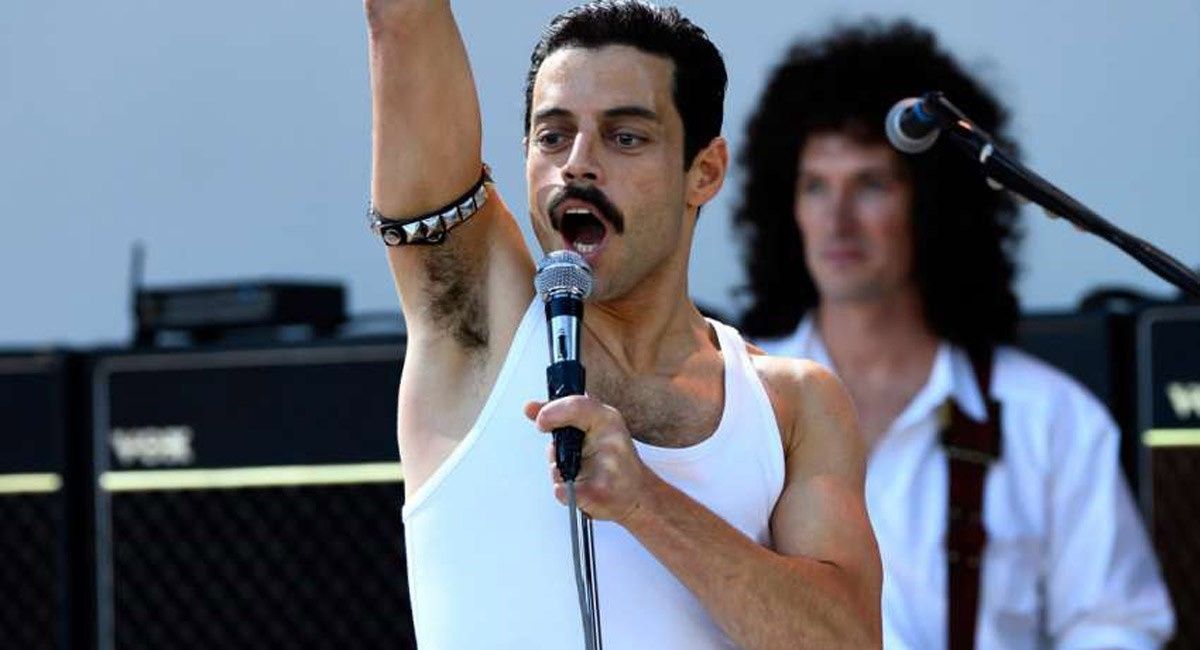 Ready for some casting news? You know you are. First up, we have word that Rami Malek––who, let’s not forget, won an Oscar for playing a real-life star (Freddie Mercury) in ‘Bohemian Rhapsody’––is looking to repeat that trick by embodying none other than cinematic legend and comic genius Buster Keaton in a new limited series.

It all springs from ‘The Batman’ director Matt Reeves who, when he’s not busy writing the sequel to the 2022 superhero success, is also figuring out the spin-off Penguin TV series starring Colin Farrell as the character, which is headed to HBO Max.

According to Deadline, Warner Bros. TV is working with Reeves’ 6th & Idaho Productions company to develop the new series, which will focus on the vaudeville-turned-silent comedy movie star. Ted Cohen, a veteran of ‘Succession’ and ‘Friends’ (there are two very different credits, if ever we saw them) is on board to adapt James Curtis’ biography ‘Buster Keaton: A Filmmaker’s Life’.

That’s assuming Warners can lock down the rights to the book, but with Reeves and Malek both planning to produce and Reeves (despite his busy schedule) aiming to direct the limited series, we’d imagine they sound like a safe pair of hands to most book rights agents.

Keaton, who became famous for movies such as ‘The General’, ‘Sherlock Jr.’ and more was born into a vaudeville family but saw his career wane after striking a deal with MGM and yielding his artistic independence. His wife divorced him, and he became an alcoholic. His career rebounded in the 1940s, he remarried and earned an Honorary Academy Award in 1959.

Reeves and co. are taking the potential series out to streaming services and networks, though you’ve got to think that, given the Warner Bros. TV connection and Reeves overall deal with Warner Bros. Discovery, HBO Max is in with a shot.

One the other side of the Big Two Superhero coin, there is news via Deadline that ‘Atlanta’ and ‘Space Jam: A New Legacy’ actor Xosha Roquemore is joining the cast of ‘Captain America: New World Order’.

Disney/Marvel’s latest Cap-focused story will continue the story of Anthony Mackie’s Sam Wilson as he grapples with inheriting the mantle (and shield) of Captain America from old pal Steve Rogers (Chris Evans, who likely won’t be in this one).

As seen in Disney+ series ‘The Falcon and the Winter Soldier’, Sam initially rejected the idea of following in Steve’s footsteps, leading to the creation of US Agent (Wyatt Russell). But our hero eventually embraced his destiny and will face his biggest challenge yet in the new movie.

As for the others, Nelson is returning as his ‘The Incredible Hulk’ character Samuel Sterns (AKA villain The Leader), Ford is taking over the role of Thaddeus “Thunderbolt” Ross from the late William Hurt, Lumbly reprises the role of Isaiah Bradley, a previous super soldier experiment who was imprisoned by his own government and Ramirez is once again playing ‘Falcon’ series character Joaquin Torres, who inherited the Falcon suit from Sam.

Haas, meanwhile, will be Sabra, an Israeli character from the comics whose Mossad connections could prove controversial for the story––assuming they’re not changed for the movie, which is often the case with Marvel comics characters arriving in the MCU.

A sequel to Marvel Studios’ The Falcon and the Winter Soldier and follows Sam Wilson as the new Captain America. Read the Plot

Finally, Above The Line reports that Alex Wolff is reuniting with his ‘Pig’ director Michael Sarnoski for Paramount’s first spin-off from John Krasinski’s successful ‘A Quiet Place’ movies.

Working from a concept originally created by Scott Beck and Bryan Woods and developed by Krasinski, the 2018 originally saw Krasinski directing and starring as part of a family (also including Emily Blunt, Millicent Simmons and Noah Jupe) who are dealing with a post-apocalyptic world brought about by dangerous, mysterious alien creatures who hunt by sound.

The 2020 sequel, ‘A Quiet Place Part II’, also directed by Krasinski, saw the family still trying to survive in the wake of terrible tragedy.

Paramount is naturally looking to launch a cinematic universe, and ‘Day One’ is the first flag stuck in the ground for that. Originally to be directed by Jeff Nichols (who left to pursue another film project he’d set up), the established script has passed to Sarnoski, who won acclaim for 2021’s ‘Pig’, starring Nicolas Cage and Wolff.

He’s since worked on the screenplay and is now gearing up to direct, having cast Lupita Nyong’o and ‘Stranger Things’ Joseph Quinn in the movie.

‘Day One’s plot remains a mystery for now, though the title points to it being set on the first day that the aliens arrived and began causing chaos (which is glimpsed briefly at the start of ‘Part II’). The characters appear unlikely to interact with Blunt and co., this story heading off in a different direction.

And Wolff is far from a stranger to scary stuff: he’s appeared in movies such as Ari Aster’s ‘Hereditary’ and M. Night Shyamalan’s ‘Old’.

‘A Quiet Place: Day One’ will be out on March 8th next year. And if you were wondering what Blunt and the kids have been up to, Krasinski is still looking to make ‘Part III’ of the main film series ready for 2025.