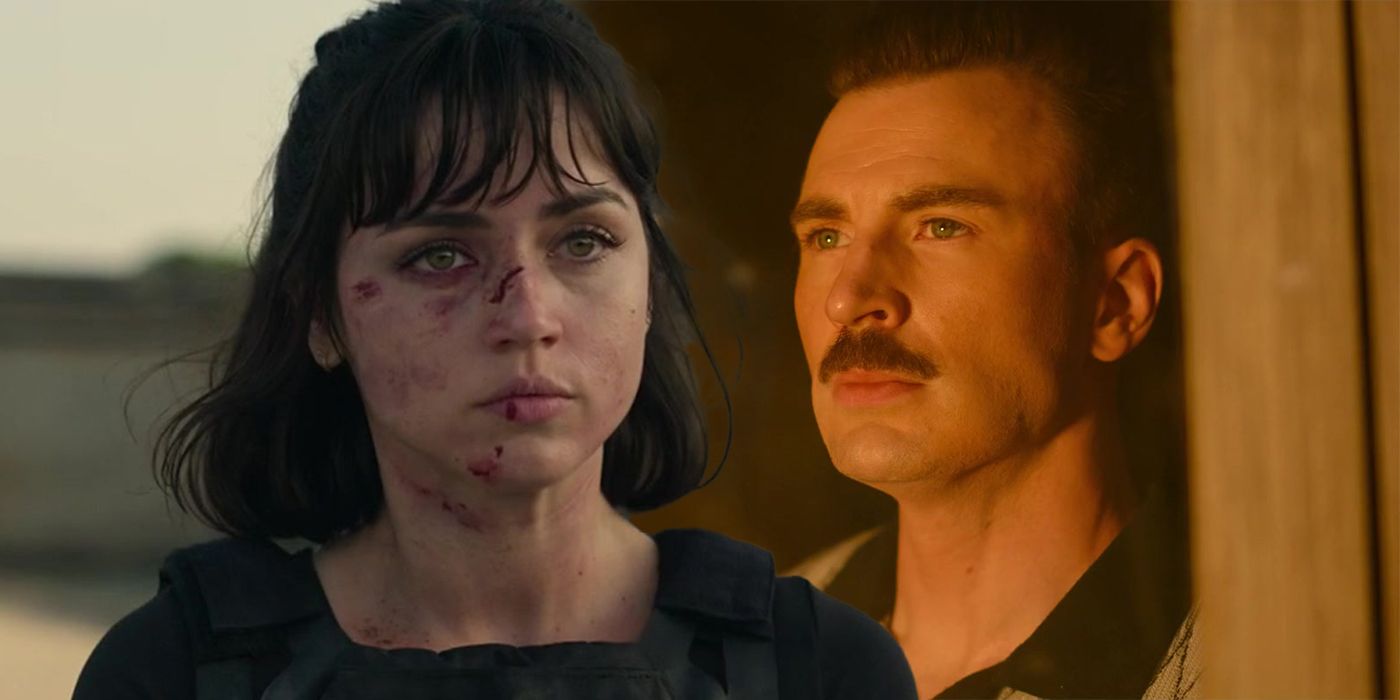 After nearly a year since wrapping filming, Dexter Fletcher has teased the release window for Chris Evans and Ana de Armas’ new movie, Ghosted. The upcoming Apple TV+ film marks the third major collaboration between Evans and de Armas, with the two first crossing paths in Rian Johnson’s Knives Out, starting off as reluctant allies before becoming adversaries, followed by the Russo brothers’ The Gray Man, in which they again played against one another in the globe-trotting action thriller. Production on Ghosted kicked off in February 2022 and after wrapping in May, audiences are getting an exciting bit of insight for the progress of the film.

The director confirmed that post-production is well underway on the romantic adventure film, noting that he’s putting the “finishing touches” on it now. Fletcher also offered a release window for the movie, teasing that it may be coming sooner than audiences expect. See what Fletcher shared in the video above and quotes below:

Production is well-wrapped. I’m just putting the finishing touches to it now. It’ll be ready for April. I mean, I don’t know if I’m even allowed to say that, but I’ve said it. [Audiences should be] standing by their TVs and their Apple boxes for April.

While their first outing together proved to be a critical and commercial hit, Evans and de Armas’ second collaboration on The Gray Man proved to be somewhat of a disappointment. Though praised for its ensemble cast, namely Evans in a scene-chewing villainous performance, and action sequences, the Netflix action-thriller received largely mixed reviews for its unoriginal writing, story and minimal character development amid its non-stop pace. In spite of these underwhelming reviews, The Gray Man would go on to be the most-watched film on Netflix in 84 countries in its opening weekend, securing both a sequel greenlight with Gosling set to return, and a spinoff centered on an undisclosed character penned by Deadpool duo Rhett Reese and Paul Wernick, who also scripted Ghosted.

Though it may have been a general success as far as numbers go for the streamer, it will be interesting to see how Ghosted fares in comparison to The Gray Man. Reese and Wernick have enjoyed a steady string of successes since exploding on the scene with 2009’s Zombieland, going on to not only pen its 2019 sequel, but also co-write both Deadpool movies, returning for is Marvel Cinematic Universe-set threequel, and the modestly received sci-fi horror film Life. However, considering their previous collaborations with Netflix resulted in the poorly received 6 Underground and Spiderhead, it does raise the question of if they have the occasional miss, or if their shift to a new streamer will net a much better result.

Everything We Know About Ghosted

Plot details for Ghosted remain under wraps, though the film is said to be a romantic action-adventure in the same vein as Romancing the Stone, a promising comparison considering this subgenre has enjoyed a resurgence with the Sandra Bullock and Channing Tatum-led The Lost City. The duo will be joined by a star-studded roster that includes Adrien Brody, Mike Moh, Amy Sedaris, Tim Blake Nelson, Tate Donovan, Lizze Broadway, Mustafa Shakir and Fahim Fazli. With Fletcher teasing that Ghosted is aiming for an April release, audiences will have to keep their eyes peeled for a trailer to appear sometime in the near future.