Cloverfield Scared The Hell Out Of Steven Spielberg, Says Director 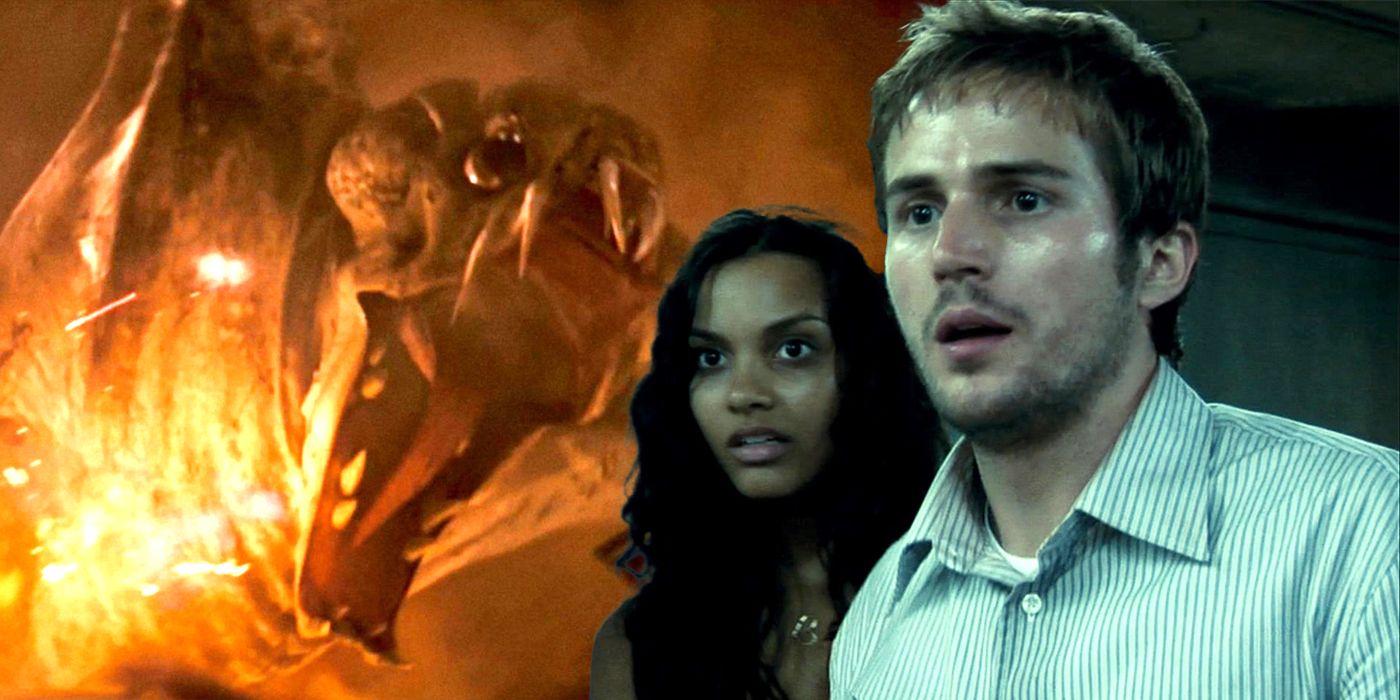 Director Matt Reeves reveals that Cloverfield scared the hell out of Steven Spielberg and recalls his meeting with the Oscar-winning filmmaker.

Nearly 15 years after terrifying audiences, director Matt Reeves reveals that Cloverfield scared the hell out of Steven Spielberg. The 2008 film centered on a group of twentysomethings in New York City whose night of celebration turns into one of survival as a massive monster goes on a rampage destroying the metropolitan area along with other, equally dangerous smaller creatures. Helmed by Reeves on a script from future The Cabin in the Woods writer/director Drew Goddard, Cloverfield scored generally favorable reviews from critics and audiences alike at the time of its release for its fast pace and blending an old-fashioned creature feature with the found footage styling of The Blair Witch Project, propelling it to a solid box office haul of just over $172 million worldwide.

While speaking with ComingSoon.net to discuss the film’s 15th anniversary, Matt Reeves recalled Steven Spielberg’s emphatic response to Cloverfield. The original Cloverfield director revealed that he got a call from producer Bryan Burk that Spielberg was asking to speak with him directly, and told him upon meeting him that the 2008 film “scared the hell out of me.” See what Reeves shared below:

Bryan Burk called me from the set of Star Trek, where [Spielberg] was sitting down with J.J. and the writers and Bryan, and he was saying, ‘Oh hey, where’s the director of Cloverfield? I want to talk to him.’ So Bryan was like, ‘You better come over to Paramount right now. Spielberg is asking where you are.’ I was like, ‘Oh! Okay!’ So I went over there, and I’m just sitting there, and then he turned to me, and after he’s talking, he was giving them a lot of input on the script and stuff, and he was really lovely. Then he turned to me, he goes, ‘Wait, so you directed Cloverfield?’ And I said, ‘Yeah.’ He goes, ‘You scared the hell out of me.’ And I was like, ‘Oh.’ That was awesome. There was no higher compliment I could get than that. I scared Steven Spielberg. That was cool.

Related: How All The Cloverfield Movies Connect

In addition to reigniting the found footage genre alongside the likes of Paranormal Activity the year before, Cloverfield became prominent for its utilizing of a viral marketing campaign to promote the film. Ranging from shooting under multiple working titles to a brief teaser trailer shown before Transformers and creating multiple websites featuring hidden clues regarding the film’s nature, it sparked up a lot of conversation about what to expect from the secretive project. Unlike The Blair Witch Project before it, however, Cloverfield‘s viral marketing established intrigue about the world surrounding the story rather than offering any direct details, which ultimately led to the film’s box office success.

This success in turn led to the launching of the Cloverfield franchise, comprised of two anthological follow-ups connected primarily by tone. 10 Cloverfield Lane, helmed by future Prey director Dan Trachtenberg, acted as a psychological horror film centered on a young woman held captive in an underground bunker by a man who believes an event of extraterrestrial proportions has occurred and trapped them down there, while The Cloverfield Paradox revolved around a group of astronauts aboard a space station who find the Earth to have mysteriously vanished. Though the former scored rave reviews from critics and audiences alike, the latter scored generally negative reviews, but didn’t kill off the franchise entirely.

What’s Next For The Cloverfield Franchise

After years of toying with potential connections between the various films and other projects, including Overlord and A Quiet Place, it was announced in early 2021 that a fourth Cloverfield movie was in the works, which would act as a direct sequel to the original, though not filmed in the same found footage style. The Ritual‘s Joe Barton is attached to pen the script for the new film while Under the Shadow‘s Babak Anvari was brought on to direct this past September, with Barton confirming a month after that he was on his final round of Cloverfield 2 script revisions and production would be getting underway soon. Considering the secrecy that goes into the Cloverfield franchise, it seems unlikely a production start date will be announced until closer to the film’s release, leaving audiences to instead revisit the prior three films on Pluto TV and Netflix in the meantime.

Next: Cloverfield 2 Can Finally Tell The Story The Franchise Has Always NeededSource: ComingSoon.net