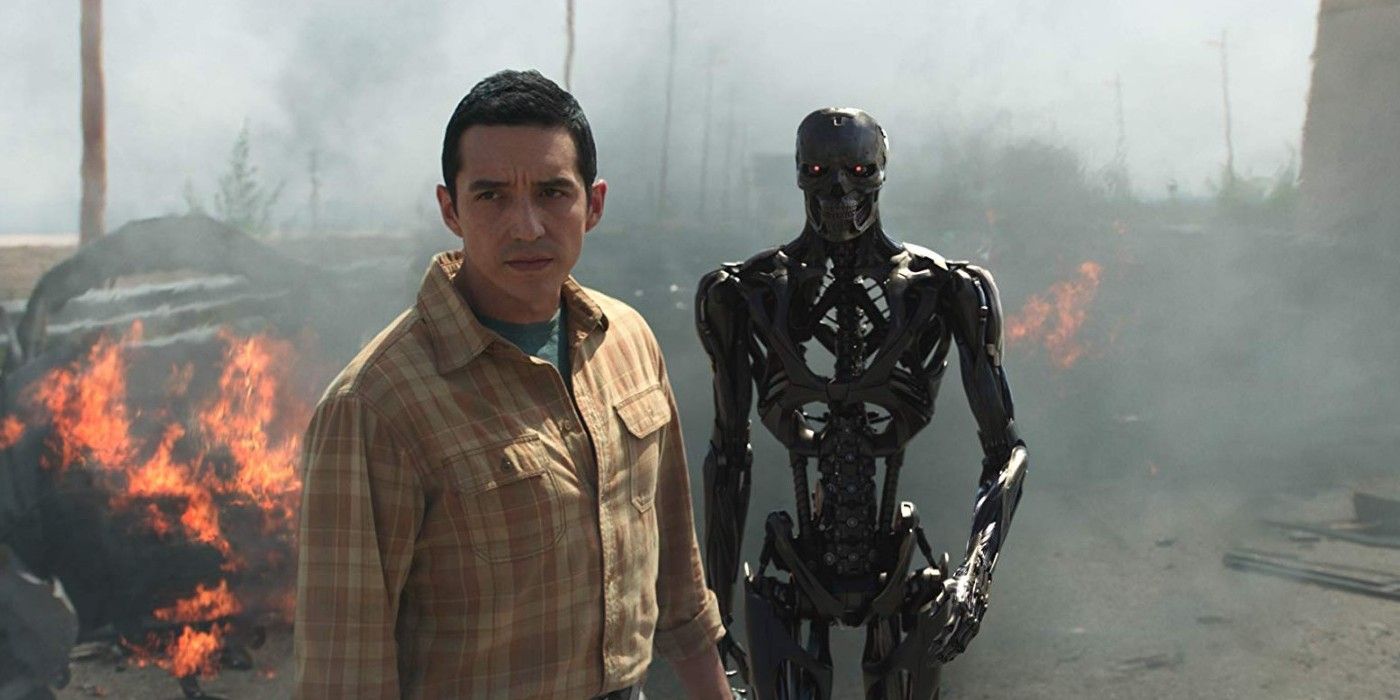 Gabriel Luna, who played the Rev-9 Terminator in Terminator: Dark Fate, opens up about the film’s financial failure despite positive reviews.

Gabriel Luna reflects on Terminator: Dark Fate‘s financial failure. Terminator: Dark Fate saw James Cameron return to the franchise, acting as an executive producer and co-writing the story. The film also brought back Linda Hamilton as Sarah Connor, a role she hadn’t played since 1991’s Terminator 2: Judgment Day, and Arnold Schwarzenegger as the iconic T-800. The film saw Sarah Connor team up with an augmented human from the future to protect a young woman destined to be humanity’s hope for survival from a new Terminator threat. However, despite positive reviews, the film missed with audiences, failing at the box office.

While speaking with THR, Luna reflects on his time making Terminator: Dark Fate and its ultimate box office failure. He praises those he worked with, including director Tim Miller and Cameron, and relishes his lasting friendship with Schwarzenegger. Still, he knows the film missed the mark, which he found disappointing, as he’s proud of their work and knows there are still fans of the film. However, no matter the backlash the movie got, Luna says, “I wouldn’t trade it away for a billion-dollar picture.” Check out Luna’s comments on Terminator: Dark Fate below:

Yeah, you can never anticipate the timing of things and how people will respond. That one was even harder to gauge with so many years in between films in that franchise. But not only that, there had been nearly 30 years between the film we were making and the one we were truly trying to be a sequel to [Terminator 2: Judgment Day]. So there was a lot of space in there, and there was a lot of time that was unaccounted for in terms of Terminator’s presence in the minds of the audience and the folks who love the franchise. So it was disappointing in that we knew what we had in the can. We knew we had a great film with some really cool performances and some great action. Tim Miller did a phenomenal job.

I truly find sanctuary in the fact that it was a great film and that people do enjoy it. Everybody who speaks to me about it has had a positive experience. I’m not Paramount Pictures; I don’t do the accounting for them over there. So a disappointment to them is different from what it is to me. I’m a hired hand, and I did my best in the role. They paid my freight long before the box office receipts came out.

With Jim [Cameron], Arnold and Linda [Hamilton] coming back and Tim putting his heart into it, you obviously want people to see it, but all that said, I’m extremely proud of the film. I’ve gained some lasting friendships and a relationship with one of my heroes, Governor Schwarzenegger. So I wouldn’t trade it away for a billion-dollar picture, but once again, I don’t do Paramount’s accounting.

Related: The Perfect Release Date For The Next Terminator Movie

Terminator: Dark Fate was meant to reinvigorate the franchise, following up three less well-received installments: Terminator 3: Rise of the Machines; Terminator Salvation; and Terminator Genisys. The film went out of its way to let audiences know things were set to change for the better, with Cameron and Hamilton’s involvement being a central selling point to fans. The film even garnered the best reviews since Terminator 2: Judgment Day, yet it still failed in theaters. While audiences may have been fed up with the lackluster Terminator movies that preceded it, hurting the film’s chances, other factors may have been at play.

Ultimately, Terminator: Dark Fate took some bold swings that alienated some audiences and hurt word of mouth, such as killing off a young John Connor early in the film. Other choices, like swapping Skynet for Legion and John Connor for Dani Ramos, also felt like unusual changes, as they altered names but kept the overarching themes the franchise has been utilizing all along. So, while some loved the attempt a breathing new life into the Terminator movie franchise, others saw it as a retread of well-worn ideas that left them unsatisfied.

Will There Be Another Terminator Movie?

Terminator has been a persistent IP since the first film hit theaters in 1984. While there have been several sequels over the years, it has infiltrated other media, spawning comic books, video games, and a TV series. Unfortunately, after Terminator: Dark Fate‘s lackluster box office returns, it may be some time before the franchise sees another film. However, it could continue to grow through other media, meaning Terminator‘s future may persist elsewhere. Given the long legs of the franchise, it’s likely to release another film at some point, or possibly a reboot, keeping the series alive despite Terminator: Dark Fate‘s failure.