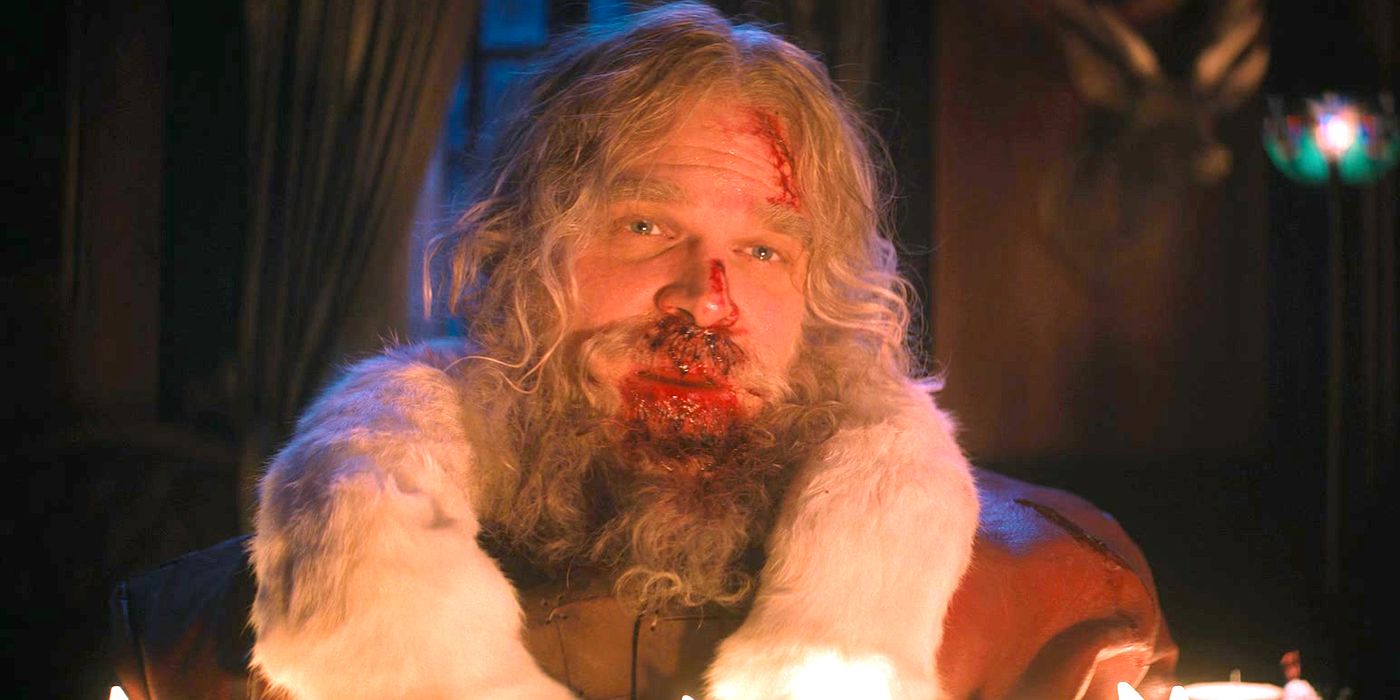 For anyone who is still imbued with the holiday spirit, David Harbour’s action-packed film Violent Night is now available for streaming. The Christmas film stars Harbour as Santa Claus, who has grown disillusioned with his job of delivering gifts for good children on Christmas Eve night. When Santa walks in on a wealthy family being taken hostage by a group of mercenaries, he decides to fight them in order to save Trudy, a little girl who speaks to him through an old walkie talkie.

As recently announced by the streaming platform, Violent Night is now streaming on Peacock for anyone with an itch for a holiday-themed action movie.

The film has also released on digital with deleted scenes, extended scenes, and bonus content. Now, viewers who may have missed Violent Night during its theatrical run or who haven’t rented it through VOD can watch Harbour’s killer Santa in the comfort of their homes. The violent thrill ride of a film is available to subscribers of Peacock Premium, which costs $4.99 per month or $49.99 per year, as well as to-own digitally through iTunes for $19.99.

Why Violent Night Is The Perfect Christmas Action Movie

What makes Violent Night stand out from other Christmas films that portray Santa as a killer is Harbour’s role compared to other killer Santas in film. While movies like Silent Night, Deadly Night and Christmas Bloody Christmas give audiences Santa-themed slasher villains in a horror setting, Violent Night instead has Harbour portray the real Santa Claus. Harbour’s Santa is also framed as an action hero, with mercenaries holding a family hostage being subjected to creative, holiday-themed kills. The Santa in Violent Night is only killing people on his naughty list who are threatening Trudy and her family.

Violent Night also portrays Santa in a way that not many other Christmas movies have shown him. Santa is a complex character in Violent Night, as he has become so indifferent to delivering presents each year that he now does so while drunk. A similar persona was previously explored in the Mel Gibson-led Fatman, though his disillusion largely came from the lack of Christmas spirit losing him funding more than causing him to drink his way through the job. Not only is Violent Night an action-packed thrill ride for viewers, but also an experience that draws from believing in the idea of Santa Claus and the wonderment of the holiday season.

Because of its violent sequences and engagement with the Christmas spirit, Violent Night has found success in forming a niche for holiday-themed action movies. There are already plans for a second Violent Night film, though the project has yet to be officially announced by production company 87North Productions and studio Universal Pictures. Should the project go through, it’s possible that viewers will see even more Christmas-related characters and themes that will further expand on the Violent Night universe. What is undeniable is that Violent Night is a great film for action movie aficionados who aren’t quite done celebrating the holidays.