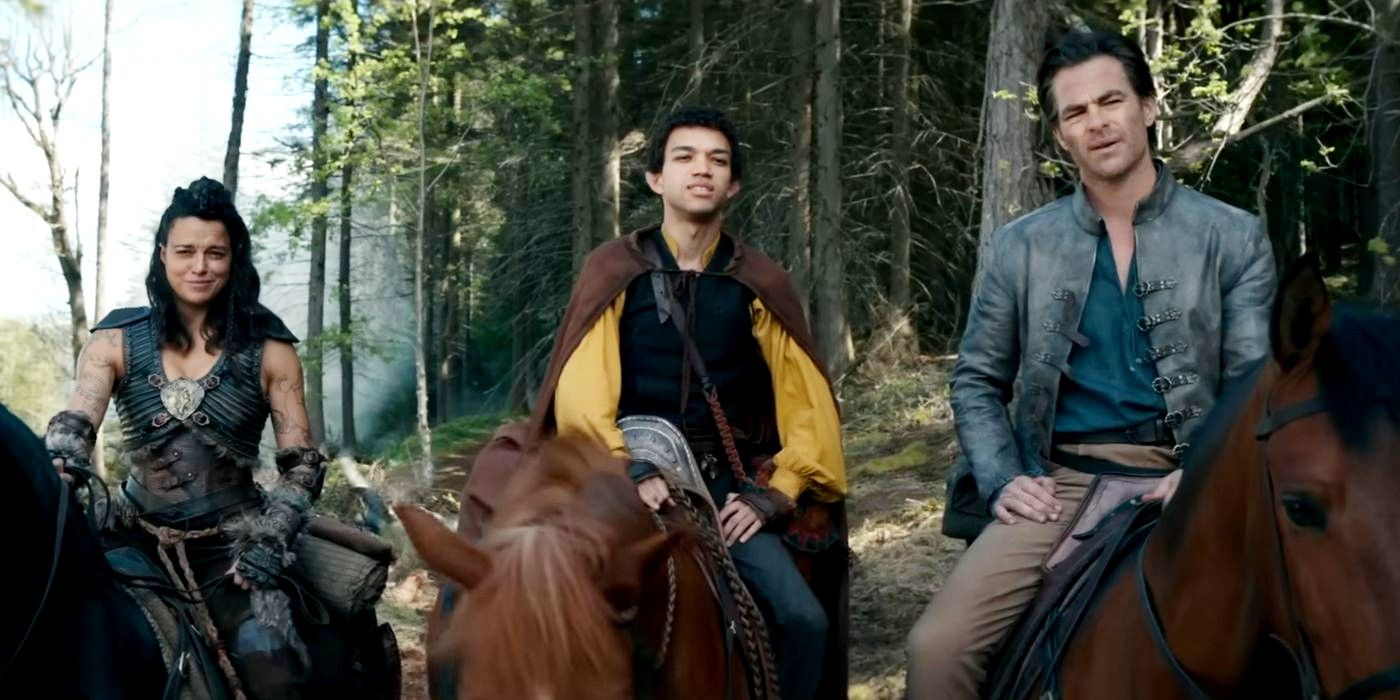 The Dungeons & Dragons creators, Wizards of the Coast, play a major part in making sure the lore was accurate in Honor Among Thieves.

The lore in Dungeons & Dragons: Honor Among Thieves was actually checked by Wizards of the Coast – the creators of Dungeons & Dragons. While Dungeons & Dragons: Honor Among Thieves won’t feature every aspect of D&D, it revolves around a party of misfits banding together to procure a mystical item, while encountering hordes of monsters and magic along the way. The film promises to be a comedic retelling of everything that D&D players enjoy about the game, while also featuring a star cast, including Chris Pine (Wonder Woman) and Sophia Lillis (It).

With Wizards of the Coast involved in the production, they have had the opportunity to step in and fact-check the lore and magic to ensure that everything stays true to D&D‘s established rules. Every D&D spell and ability in Dungeons & Dragons: Honor Among Thieves has been checked and double-checked to ensure accuracy. In an interview with Collider, Dungeon & Dragons: Honor Among Thieves producer Jeremy Latcham revealed that Wizards of the Coast was so heavily involved that they even contributed to the designs of the characters. Check out his quote below:

“They are kind of like real wizards. No, they were very involved though, in the actual design of the dragon. It was tremendously weighed on a ton of stuff in the lore, but the dragons themselves, there was so much lore-specific stuff about exactly where the fin goes and exactly how the thumb works.”

While it may seem somewhat ridiculous to care about the movie’s lore accuracy (involving a band of oddball characters stealing a magical item and causing worldwide chaos), it is an important part of the production. With Honor Among Thieves borrowing the class system from the game, magic and other powers will inevitably play a major role in the production. Relying on the pre-written D&D books allows there to be established rules that can ground the narrative in the given world. The fact that a Bard needs their instrument to use magic will be essential for Pine’s character, while the look of the dragons will help provide a sense of nostalgia.

While the established lore is important, there are points where Wizards of the Coast stick too closely to the books. Many D&D players have changed particular races and classes to add new characteristics that will not be shown on-screen. For instance, Doric (Lillis) is a member of a demonic race called tieflings, which adapted to have green, blue, or purple skin. However, Wizards of the Coast included the character without the coloring, generating controversy. While some movie aspects diverge slightly, such as relating D&D spells having some Doctor Strange influences, that isn’t the case for the majority of the lore, which may be a detriment to the production.

Everything We Know About Dungeons & Dragons: Honor Among Thieves

The film features Edgin (Chris Pine) as the Bard, Doric as the Druid, Simon (Justice Smith) as the Sorcerer, Holga (Michelle Rodriguez) as the Barbarian, Forge Fitzwilliam (Hugh Grant) as the Rogue, and Xenk (Regé-Jean Page) as the Paladin. When the party enrages a dangerous crowd, they will need to work to save the world as a whole, despite the fact that they can hardly get along. In keeping with its humorous tone, Dungeons & Dragons: Honor Among Thieves already revealed the strangest D&D character – the deadly Gelatinous Cube, which the party will need to contend with. It shows that even within D&D lore, the movie can still retain the D&D’s spirit while delving into its curiosities.