Extraction 2 Image Shows Chris Hemsworth Gearing Up For A Fight 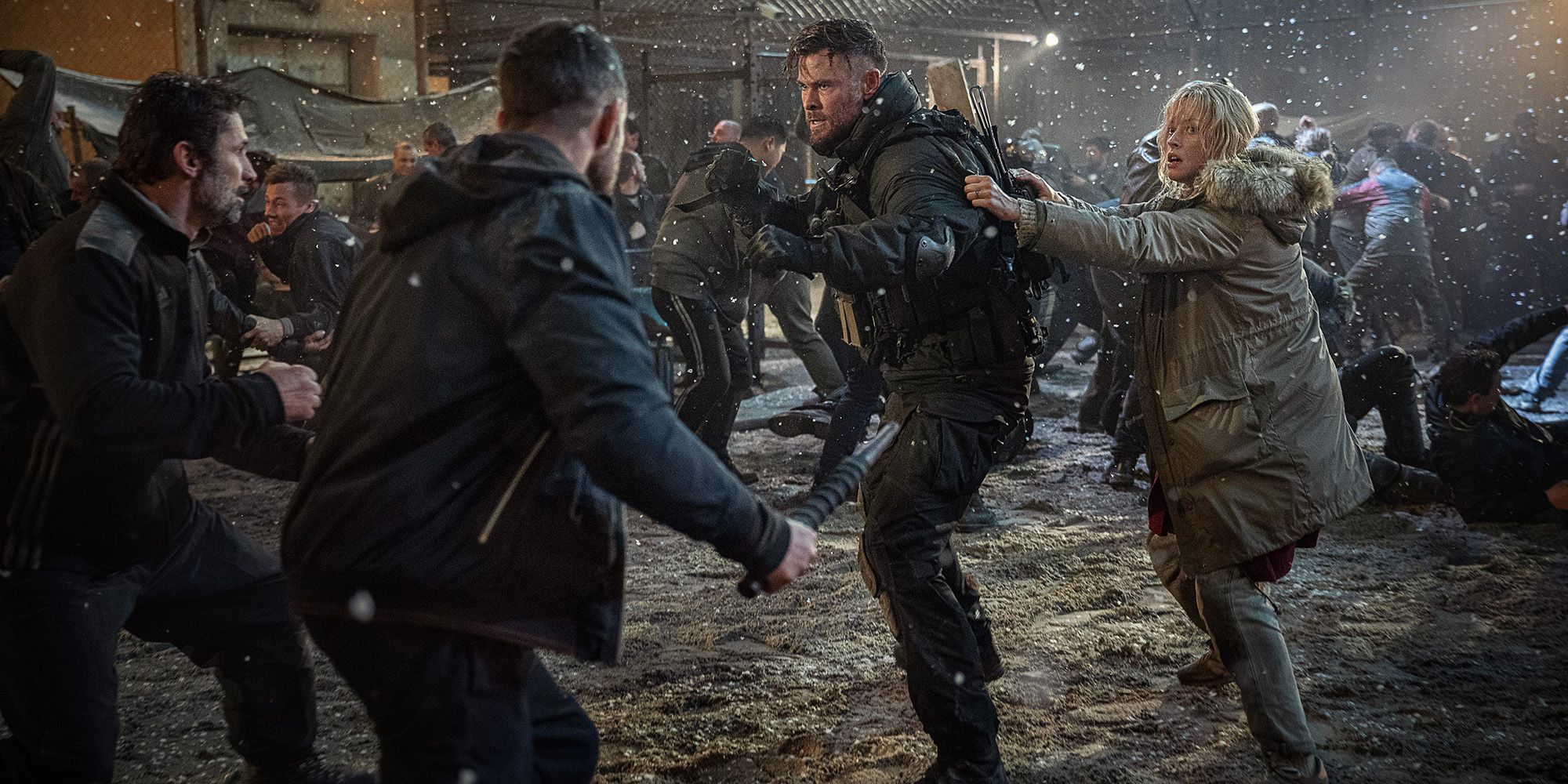 A new image for Extraction 2 shows Chris Hemsworth gearing up for a big fight in a prison yard in the sequel to Netflix’s 2020 original hit film.

A brand-new image for Extraction 2 has been released, and it shows Chris Hemsworth reprising his role as Tyler Rake, bracing himself for a hectic battle. Extraction 2 is the sequel to Netflix’s 2020 hit film Extraction. Directed by Sam Hargrave, the original told the story of Tyler Rake, a fearless black market mercenary who embarked on the most deadly extraction of his career when he was enlisted to rescue the kidnapped son of an imprisoned international crime lord. At the time of its release, Extraction became the most-watched original film in Netflix’s history, according to the streamer, with a reported viewership of 99 million households in its first four weeks.

In a USA Today first look at the film slate for 2023, a new still was revealed for Extraction 2. The image shows Chris Hemsworth’s Tyler Rake gearing up for a fight. Extraction received high praise for its intense action and well-choreographed stunt work, especially for a streaming exclusive. The new image foreshadows more of the same from Netflix’s upcoming sequel, as it appears that the still is from the same riot action sequence Hemsworth shared previously. Check out the new image for Extraction 2 below:

Extraction was a fairly routine action flick in terms of its story, with the action set pieces being the primary highlight of the film for many fans. Extraction featured impressive one-shot action sequences, which required great precision from the stunt team and crew. Sam Hargrave’s fingerprints were visible throughout those sequences. Hargrave has a long history of delivering crowd-pleasing action scenes, including his work as stunt coordinator and fight coordinator on Marvel’s Captain America: Civil War and Avengers: Infinity War, among others. Hargrave’s expertise has paired brilliantly with Chris Hemsworth’s brutal fighting style, displayed through the leading man’s work inside blockbuster franchises.

Hemsworth and Hargrave will return for Extraction 2, setting high expectations for the sequel. Popular Marvel director Joe Russo penned the original and returned to write the sequel’s screenplay. Though many viewers considered Extraction‘s writing to be one of the film’s weaker points, Russo has said that Extraction 2 will be completely different from the original. Visually, Russo noted that the sequel would have a different color scheme, purposefully done to fit a different tone, pace, and atmosphere in a different part of the world. Golshifteh Farahani and Adam Bessa will reprise their roles from the original in Extraction 2, but there will be a fresh slate of new cast members the second time around.

Chris Hemsworth’s frequent set updates from Extraction 2 have kept anticipation for the film high among followers. The success of Extraction, combined with Hemsworth’s physical acting prowess, Sam Hargrave’s action expertise, and a fresh screenplay take from Joe Russo, makes Extraction 2 look like one of 2023’s most promising action films. Whether or not the changes from the original film will resonate with fans will likely be the determining factor in its critical success. Extraction 2 started shooting in December 2021 and wrapped in March, with a Netflix-exclusive streaming release slated for 2023.

More: Extraction: Netflix Almost Made One Mistake That Would’ve Killed The Movie