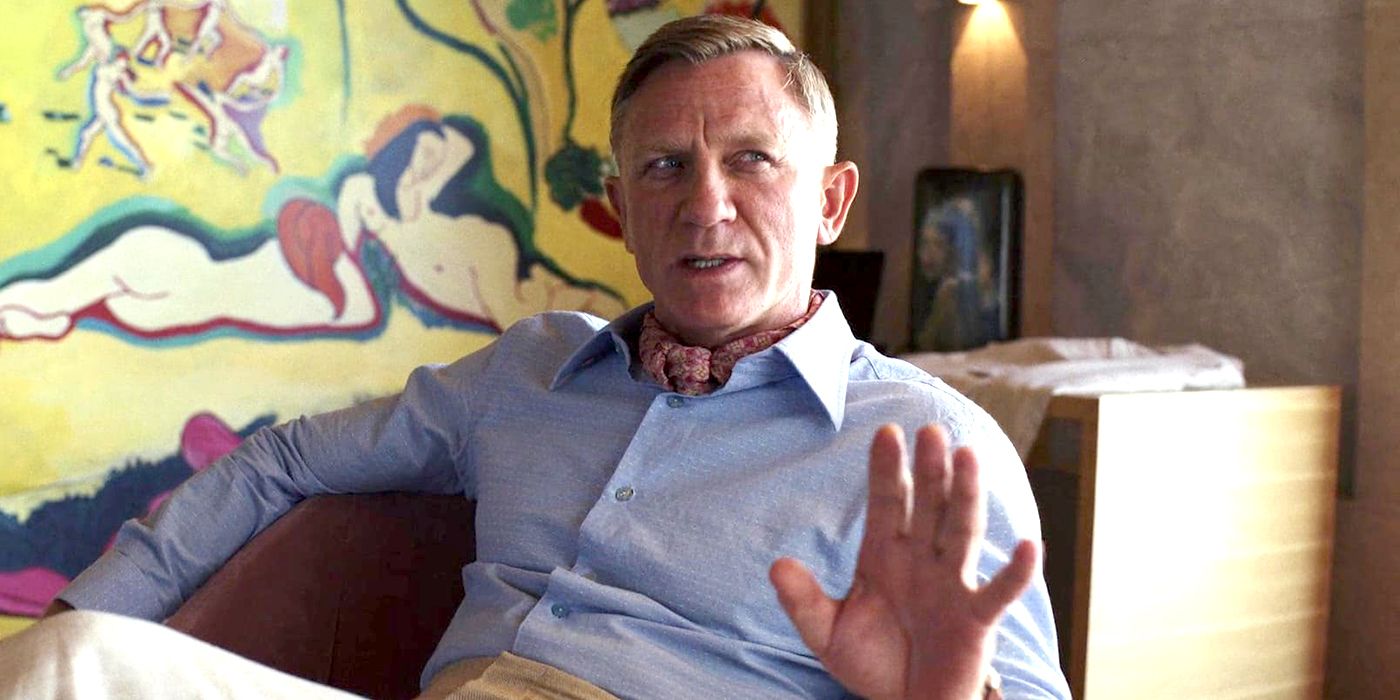 With the film having proved to be a streaming success, Netflix exec Ted Sarandos is defending Glass Onion: A Knives Out Mystery‘s short theatrical release. The 2022 whodunnit marked the second installment in Rian Johnson and Daniel Craig’s hit new franchise, following eccentric private detective Benoit Blanc as he heads to a remote Greek island as part of a tech billionaire’s murder mystery getaway, only for the fun and games to be cut short when one attendee actually dies. With Netflix acquiring the rights to Glass Onion: A Knives Out Mystery in a major auction, hopes were high for the streamer to expand their typically short theatrical release formula, which ultimately didn’t come to fruition as the film only hit theaters for just one week.

As the new year kicks off, Netflix recently held a Quarter 4 earnings interview, per Variety, to reflect on the streamer’s late 2022 releases. When asked about the decision to keep Glass Onion: A Knives Out Mystery‘s theatrical release to just one week, CEO and COO Ted Sarandos took to defending this model, noting the film’s major streaming numbers and how it helped their subscription numbers. See what Sarandos explained below:

We’re thrilled with every aspect of the release of ‘Glass Onion’. We created a bunch of demand that we fulfilled on our subscription service.

Why Knives Out 3 Will Likely Get A Similar Release

Though known for only giving films short releases in the hopes of landing awards nominations, expectations were that Netflix would consider changing this for Glass Onion: A Knives Out Mystery, especially when considering the first film’s success at the box office, grossing over $311 million against its $40 million budget. Early reports even indicated that the streamer was considering upwards of a 45-day exclusive theatrical release for the whodunnit sequel prior to its debut on the platform. Even in spite of its short big screen debut, Glass Onion: A Knives Out Mystery proved to be Netflix’s best-ever theatrical opening, with some reports indicating it grossed upwards of $15 million, roughly $12 million shy of its predecessor’s opening, though still impressive considering its minimal 698-theaters run in comparison to the original’s near-3,400 theater opening.

With this box office success, questions have arisen about whether Netflix will consider granting Knives Out 3 a longer theatrical release than Glass Onion. Johnson himself has expressed his hopes to push for a wider big screen outing for his next chapter in the franchise, an effort many audiences have welcomed with open arms, however, the film’s streaming success will ultimately be a hurdle for the director to convince the streaming giant. Hitting Netflix just in time for Christmas, Glass Onion: A Knives Out Mystery went on to set a number of records, including becoming the fourth most-watched film ever on the platform in its premiere with over 273 million hours viewed in its first month of release, and landing as the No. 3 most-streamed movie in a week on the Nielsen streaming charts, falling just behind Hocus Pocus 2 and Wonder Woman 1984.

The other big factor going into the unlikelihood of Knives Out 3 getting a longer theatrical release is Netflix’s recent struggles with retaining subscribers, something that may exacerbate in the near future as they plan to crack down on password sharing this year. With Glass Onion: A Knives Out Mystery‘s proving to have brought in so many viewers for its streaming debut in comparison to its big screen, it seems likely Netflix will look to ride the anticipation and success of the 2022 hit for the third film. However, with no timeline presented on when Knives Out 3 will enter production, or when the password sharing shutdown will commence, one can hope Benoit Blanc’s next adventure could see Netflix change their minds.