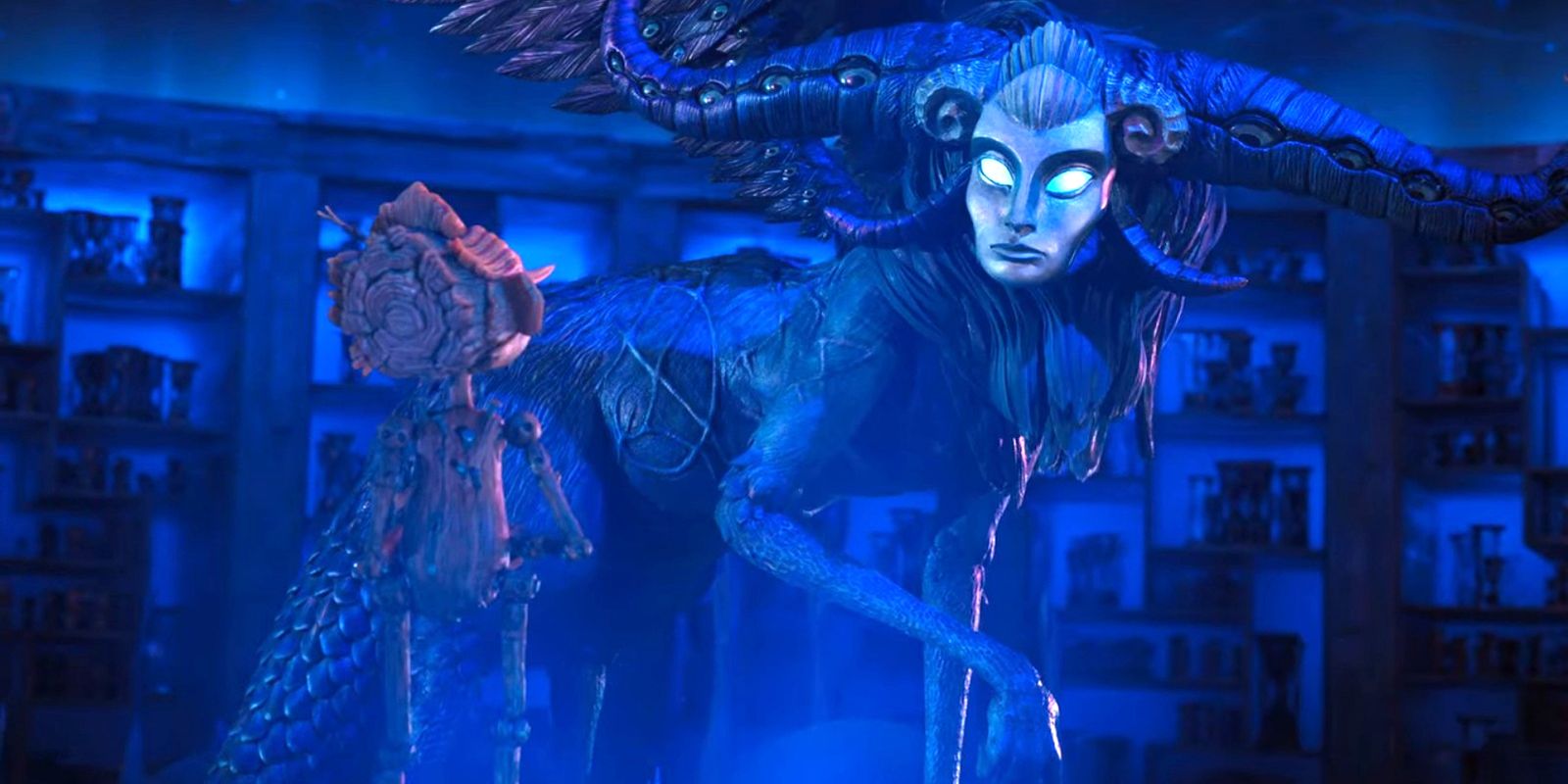 Guillermo del Toro took a stand to defend animation as cinema during his Golden Globes acceptance speech for the Netflix animated movie Pinnochio.

Guillermo del Toro defends animation as a medium at the Golden Globes, following his “Best Animated Feature Film” win with his version of the classic tale Pinocchio. Guillermo del Toro’s Pinocchio was released by Netflix to critical acclaim, with the movie boasting an impressive 97 percent on review aggregator Rotten Tomatoes. While most popularly known for being a master of horror, del Toro is also a champion for animation, even going on to build an entire Trollhunters trilogy of television series at Netflix, going by the name of Tales of Arcadia.

During the Golden Globes, del Toro took to the stage to accept the “Best Animated Feature Film” award for Guillermo del Toro’s Pinocchio. At that moment, the acclaimed director decided to defend animation as a valid form of cinema. Check out what he said below:

Guillermo del Toro’s Pinocchio used stop-motion animation in its production, a very hard type of art, which helped set it apart from another two adaptations of Pinocchio, also released in 2022. Given all the hard work that went into the movie, del Toro’s “Animation is cinema. Animation is not a genre for kids, it’s a medium” proclamation made sense and was a powerful line in a speech that hopes to shed some light on the important, but undervalued medium.

Related: Disney’s Animation Promise Can Fix A Problem With Its Modern Movies

Why Animation Is Important

Animation is important for various reasons, deeply rooted in del Toro’s Golden Globes statement. Over the years, studios have increasingly tried to dissociate the image of animation from simply translating to content for kids. Projects such as the groundbreaking Arcane Netflix animated series have become more frequent, gathering both critical and fan acclaim and leading to a change of gears for audiences’ opinions on who animation is aimed at. Of course, there are still animated shows and movies aimed solely at younger viewers, but that is the same for live-action, meaning animation can be so much more than just that little box it’s often put in.

As presented by Arcane, there has been a recent wave of new animated series that are adult-oriented, such as the HBO Max adaptation of the DC Comics character Harley Quinn, which sends the villain/anti-hero on a journey throughout the DC universe that’s shock full of emotional scenes, raunchy comedy, and graphic violence. The recent Amazon Prime Video animated series Invincible pushed the animated medium to new heights, with the series’ eight episodes, each having over 40 minutes of duration. The series had a relatively simple animation style, with thin lines that helped modernize the comics’ source material to perfection.

Invincible‘s art style is merely one of the many interesting options that animation has to offer creators, such as stop-motion, traditional animation, 2D animation, 3D animation, clay animation, and more. There has indeed been a recent divide in audiences’ views towards animation, with some opting for the older kid-oriented Disney fare and some choosing the adult-oriented trend from recent years. Ultimately, the beauty of animation as a medium is that it doesn’t need to be an “either-or.” The recent release of the animated movie Puss in Boots: The Last Wish is the perfect example of how the medium can thrive. The film is believed to be aimed at a younger audience while not dumbing down its story, which makes it appealing to audiences of all ages. Puss’ latest adventure also has an innovative art style that would surely make Guillermo del Toro‘s heart happy.