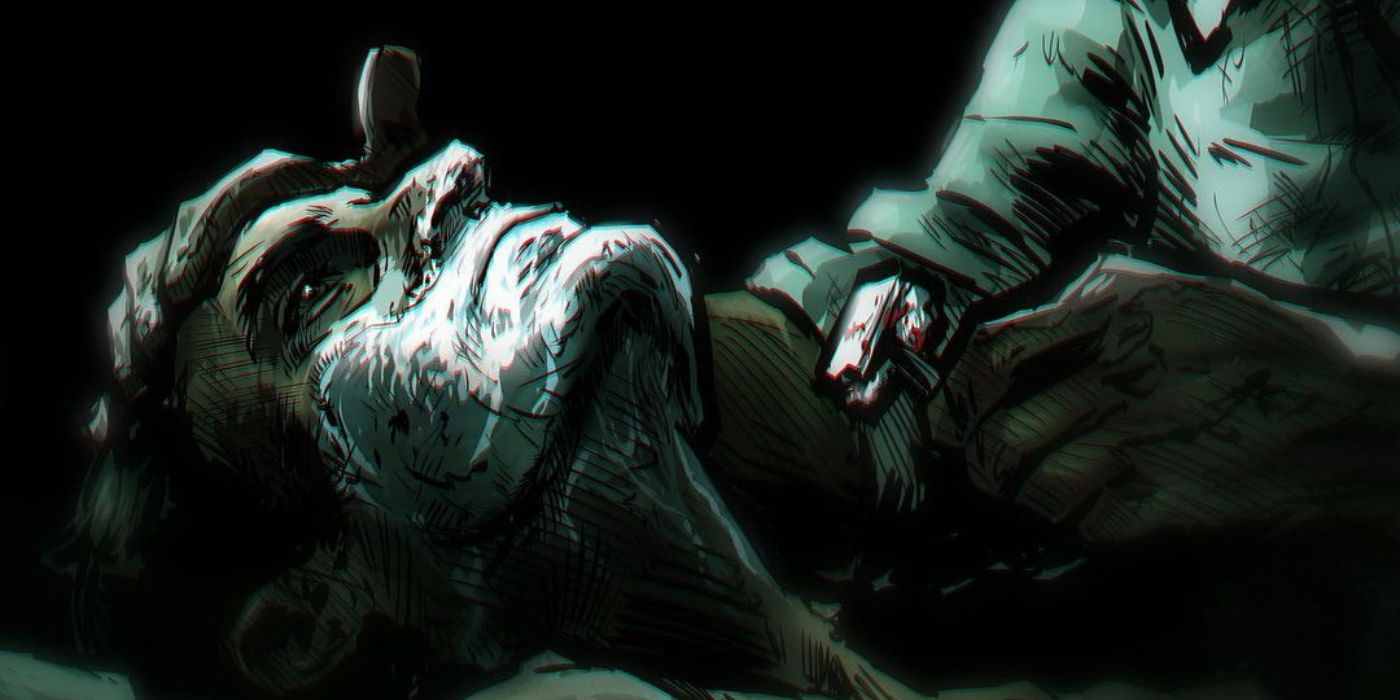 A new gorgeous DC fan art imagines a meeting between the Heath Ledger and Joaquin Phoenix versions of the Joker — and it looks ripped out of a comic.

As the DC Universe gears up for a franchise reboot under James Gunn and Peter Safran, a new fan art celebrates DC’s past by uniting the Heath Ledger and Joaquin Phoenix versions of the Joker. Ledger famously played the Joker in 2008’s The Dark Knight, the second movie of Christopher Nolan’s Batman trilogy. His performance became critically acclaimed, but sadly, Ledger passed before the movie was released. Phoenix recently portrayed the Joker in Todd Phillips’ Joker, which like Ledger’s, was also lauded.

Artist Jaxson Derr shared on Instagram a crossover fan art between Ledger and Phoenix’s Jokers, which presents the characters in a comic book style.

Joker movie and TV show actors have brought new facets of the Clown Prince of Crime to life with every new incarnation. However, no other live-action actors have come close to reproducing the success both Ledger and Phoenix’s portrayals of the Joker have achieved. The art beautifully presents the Joker duo as Ledger’s prepares to shave Phoenix’s — a Joker-style passing of the torch of sorts.

Related: 6 Batman Characters Who Can Appear In Joker Sequels (Not Bruce Wayne)

The live-action DCU multiverse has presented a number of actors in the Joker role, but Ledger and Phoenix are undoubtedly the best to have ever portrayed the character. First, Ledger and Phoenix are the only actors who have received the biggest recognition in film for their roles as the Joker — an Oscar. Ledger was posthumously awarded Best Supporting Actor for his role in The Dark Knight, while Phoenix took home the Academy Award for Best Actor due to his performance in Joker.

The actors’ performances as the Joker gathered recognition for different reasons. Ledger’s version from The Dark Knight was magnetic, showing a menacing and terrifying Joker that Christian Bale’s Batman faces. Ledger’s Joker had a master plan to imbue Gotham City with chaos by corrupting Harvey Dent and destroying the city’s hope. Most of the best scenes involve Ledger, with a couple featuring the actor’s masterful improvisation as the character — the “look at me” scene with Rachel and the jail clapping to Gordon’s promotion. On the other hand, Phoenix’s take on the Joker was more grounded, showing the slow descent of failing comedian Arthur Fleck. 2019’s Joker presented a compelling and tragic take on the villain’s origin story — warranting the green light for the sequel Joker: Folie à Deux.

Will The DCU Include A New Joker Actor?

The DCU is undergoing a major overhaul as new DC Studios co-CEOs Gunn and Safran determine what the DC future will look like. For example, Henry Cavill exited as Superman in favor of a younger take on the character — with a script being penned by Gunn. The new DCU should also introduce a younger Batman to go along with its Superman, which seems to suggest a brand-new Joker actor might come out of the ordeal. If Batman comes to the DCU, the Joker should not be far behind, as the character is the Dark Knight’s greatest villain. Given the closed-off nature of his universe, Phoenix should not be the new DCU Joker. A new Joker iteration is likely in play for the DCU.