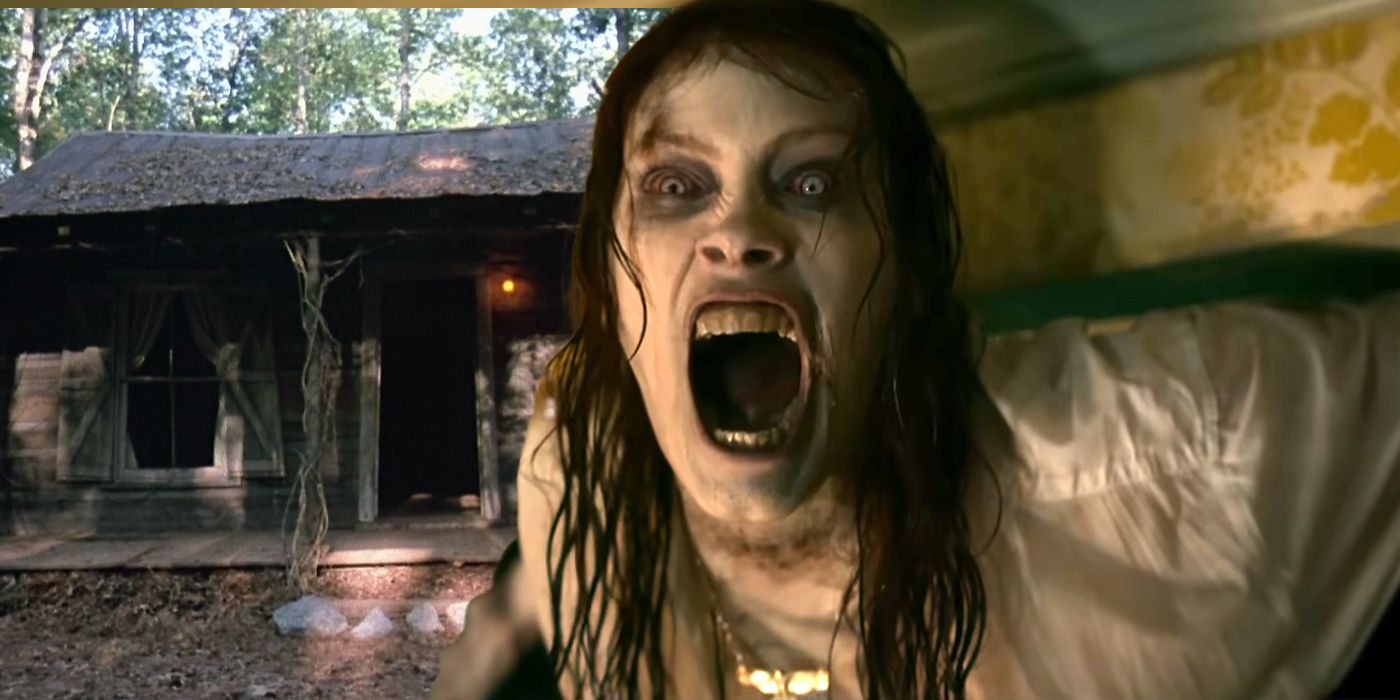 Though changing the location of the horror franchise, writer/director Lee Cronin says Evil Dead Rise‘s apartment will recapture the same feeling as the cabin from Sam Raimi’s original films. The next installment in the beloved horror series will center on a young woman who visits her single mother sister in her cramped L.A. apartment, only for the family to come across a mysterious book that unleashes the terrifying evil of the Deadites on them. Evil Dead Rise‘s connections to the larger franchise are currently unknown, though the creative at the helm is keen on keeping one major element from the previous films.

While speaking with Total Film (via GamesRadar) to celebrate the release of the film’s trailer, Lee Cronin offered some insight for the development of Evil Dead Rise. When discussing the evolution of the franchise’s evolution to a new location, the writer/director broke down how he sought to recapture the same feeling of the cabin from the classic Raimi horror movies with the apartment setting of the new film. Check out what Cronin explained below:

It still needed to maintain some of the claustrophobia and that translated really well from the cabin into an urban environment. This is about a family in a rundown building stuck in their apartment. It follows the same rhythm but puts it in a more contemporary space. There’s no Ash in this story and there’s no cabin in the woods, and they’re two iconic elements of what ‘Evil Dead’ is. But the movie does include the book and an extraordinary amount of vicious, malevolent Deadites.

Related: Every Easter Egg In The Evil Dead Rise Trailer

Though Ash vs. Evil Dead kept the franchise on screens for a few years, Evil Dead Rise will mark the series’ first theatrical installment in a decade after Fede Álvarez’s 2013 rebootquel. Unlike the upcoming film, however, 2013’s Evil Dead brought the action of its story back to an isolated cabin in the woods and saw a group of college-aged people discovering the Necronomicon ex Mortis, better known as the Book of the Dead, that led to the awakening of the Deadites and the brutal deaths from their possessing the group. While Raimi’s films saw acclaim for their undercurrent of dark humor, Álvarez’s movie took a much straighter approach to its horror, making for an effective recapturing of the terror of the original The Evil Dead.

With Cronin teasing that Evil Dead Rise‘s apartment setting will recapture the “claustrophobia” from the cabin setting of the original film, it puts the next installment on a path to satisfy longtime fans of the franchise. Moreover, with Cronin further teasing that there could be multiple Books of the Dead featured in the film, it marks an interesting evolution of the typical franchise formula in a way that could open the door for multiple installments away from the iconic cabin and Bruce Campbell’s Ash Williams, especially given he has retired from live-action portrayals of the character. Army of Darkness attempted to expand the formula to a larger scale and setting, though was ultimately met with a more mixed response for its lighter tone and shift away from the horror of its predecessors.

The recently released Evil Dead Rise trailer indicates that the upcoming film will be taking a similar approach to that of Álvarez, delivering plenty of chilling imagery and gore. Cronin offered plenty of BTS teases for the film throughout its production, and with Raimi himself calling the film “terrifying,” it will be interesting to see if it can surpass the 2013 Evil Dead film on fans’ franchise rankings. Only time will tell when Evil Dead Rise hits theaters on April 21.

Next: Evil Dead Rise Is Already The Most Extreme Horror In The SeriesSource: Total Film (via GamesRadar)