How Penguin Show Will Connect To The Batman 2, According To Matt Reeves 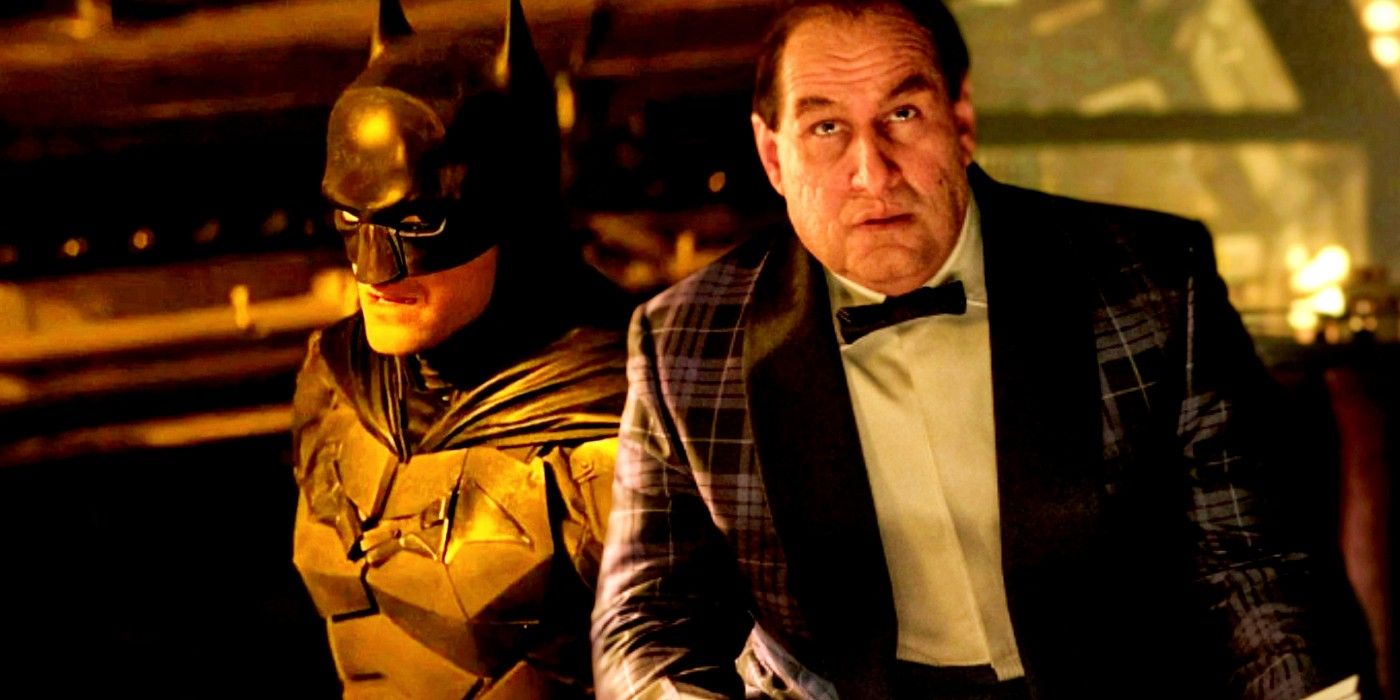 The Batman director and writer Matt Reeves reveals how the upcoming Penguin spinoff series will connect with Robert Pattinson’s The Batman 2.

Director Matt Reeves has explained how the planned The Penguin spinoff series will connect with The Batman 2. Reeves was first approached to helm Ben Affleck’s solo Batman movie, which got canned and led to the director crafting his own unique Gotham City corner of the live-action DC movie. After The Batman‘s success, Reeves has begun to further develop that universe, with several spinoff projects reportedly in different stages of development. The Penguin series is one of them, with Colin Farrell set to reprise his The Batman role of Oswald Cobblepot, aka Penguin.

During an interview with Collider, Reeves revealed how the HBO Max The Penguin miniseries sets the stage for Robert Pattinson’s next adventure as the Dark Knight in The Batman 2. The Penguin lead actor Farrell will have the mission of properly setting up The Batman‘s next chapter. The director’s comment explains that there will be important plot points dropped during The Penguin, which will then be followed up in The Batman 2. Thus, the DC series apparently plays an important role in Reeves’ overall Batman universe. Check out the full quote below:

“There’s actually a whole little fabric of things we’re wanting to do, the way we’re doing with [the] Penguin and how that comes back into how that will lead into the sequel, and what that sequel is going to be.”

Related: Nolan & Reeves Would Have Surely Had The Same Penguin

Everything We Know About The Penguin Show

The Penguin is set to be an extremely important entry for Reeves’ The Batman 2 plans, and star Farrell is very excited to bring the character back to screens. The actor has talked about how interesting the script was for The Penguin‘s first episode, commenting after he had read it that The Penguin premiere is “just so tasty and so unusual as the character was on the page.” Farrell’s previous comment seems to imply that fun scenes like The Batman‘s Penguin car chase are bound to appear in the series, with Cobblepot’s taste for the unusual and over-the-top plot points on the show.

Farrell also said that the DC show should clock in around six to eight hours of content, which should roughly translate to six or eight episodes in total for the miniseries. The show’s announcement revealed that The Penguin‘s plot follows the line of the movie Scarface, with Farrell’s Penguin rising to be the criminal overlord of Gotham City. The Batman set up that path for Penguin, with previous crime boss Carmine Falcone enduring an unfortunate fate in the movie. The Batman‘s ending left Falcone dead, and Gotham City plunged into a giant flood, creating both a power vacuum and a situation for the Penguin to exploit during his HBO Max miniseries.

Will The Penguin Be In The Batman 2?

Given how much the Penguin series will set up for The Batman 2, it would be shocking if Farrell were not to come face-to-face with Pattinson’s Batman again in the sequel. The Batman had plenty of interesting, and most of all fun, scenes with Penguin and Bruce Wayne, aka Batman, interacting. Farrell’s character was a standout in a movie full of fantastic performances, with the actor even getting his own series about the Penguin’s rise to power. It would not make sense for Reeves to go through all this trouble of fleshing out the Penguin only to not include Farrell as a fully realized version of the crime boss on The Batman 2.