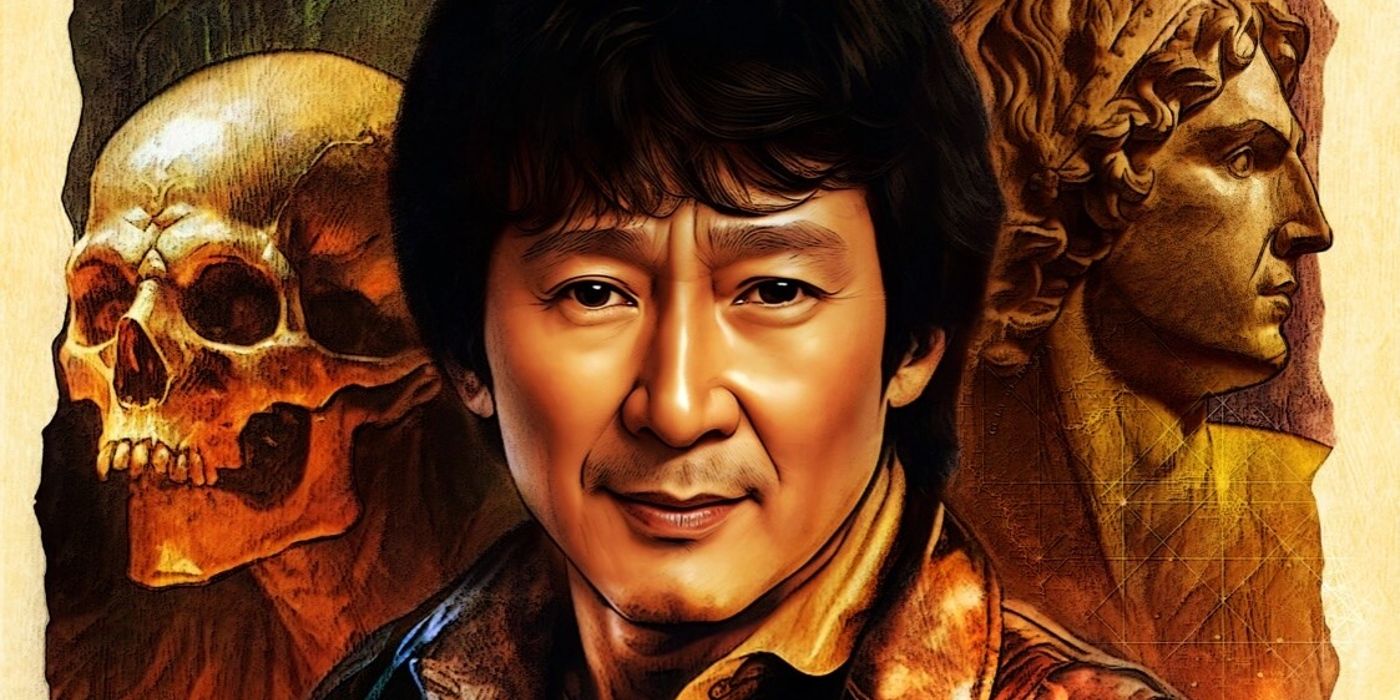 A new fan-made Indiana Jones poster imagines Short Round getting his very own epic spinoff show on Disney+. Harrison Ford’s swashbuckling archeologist was first introduced in 1981’s Raiders of the Lost Ark. The Steven Spielberg film was an instant classic and Ford’s hero returned a few years later in a prequel film. Indiana Jones and the Temple of Doom was more divisive upon its release, but the film did introduce Ke Huy Quan’s Short Round, Indy’s now fan-favorite sidekick. Ford’s hero is next set to return in a fifth and final film from director James Mangold, but it’s been revealed that the world of Indiana Jones is set to continue with a Disney+ show focusing on an unknown character.

While it’s still not clear who will be the main focus of the Indiana Jones Disney+ show, a new fan-made poster by concept artist Ryan Manda, shared on ArtStation, imagines that it will be Quan’s Short Round.

After working as a stunt coordinator for several decades, Quan returned to the big screen as an actor in last year’s Everything Everywhere All At Once, a film that earned him a Golden Globe for Best Supporting Actor in a Motion Picture. Manda’s poster imagines that the Indiana Jones spinoff show could be called “The Tales of Short Round,” with Quan’s character now taking center stage after previously being a sidekick.

Everything We Know About The Disney+ Indiana Jones Show

It was announced late last year that, in addition to the upcoming Indiana Jones and the Dial of Destiny, the world of the franchise would be expanded further in a Disney+ series. The announcement of a series fits with Disney’s approach to the Star Wars franchise as well, with shows like The Mandalorian expanding the world beyond the feature films. Unfortunately, much of the Indiana Jones show remains shrouded in mystery and, as of last November, it was in very the early stages of development with writers pitching Disney different ideas. Last month, however, Mangold dropped one crucial bit of info, revealing that Ford’s hero and Phoebe Waller-Bridge’s Helena, Indy’s goddaughter, would not be involved in the show.

What The Indiana Jones Show Could Be About

Considering Quan’s recent rise in popularity, an Indiana Jones show focusing on Short Round might actually be an exciting idea to explore. The last time audiences saw Short Round in Indiana Jones and the Temple of Doom he was only 12 years old, and it could be interesting to see how he’s changed and evolved since then. Perhaps, after his adventures with Indy, Short Round elected to become an archeologist himself, with the show chronicling his search for a new treasure or ancient artifact. Quan himself has expressed interest in returning as the character, saying recently that it would be “incredible” to revisit the character again after so many years.

It’s possible that Indiana Jones and the Dial of Destiny will introduce a new character that could take center stage in the announced spinoff, but it’s possible that the show could go in another direction entirely. Abner Ravenwood, Marion’s father, who is only briefly mentioned in Raiders of the Lost Ark, could actually be a strong candidate for a spinoff. He has a loose connection to Ford’s hero and his involvement would allow the spinoff to explore the early 1900s, a time period not yet featured as a setting in the Indiana Jones universe.

More: Indiana Jones 5 Theory: The Dial Of Destiny Is Used To Rewrite History