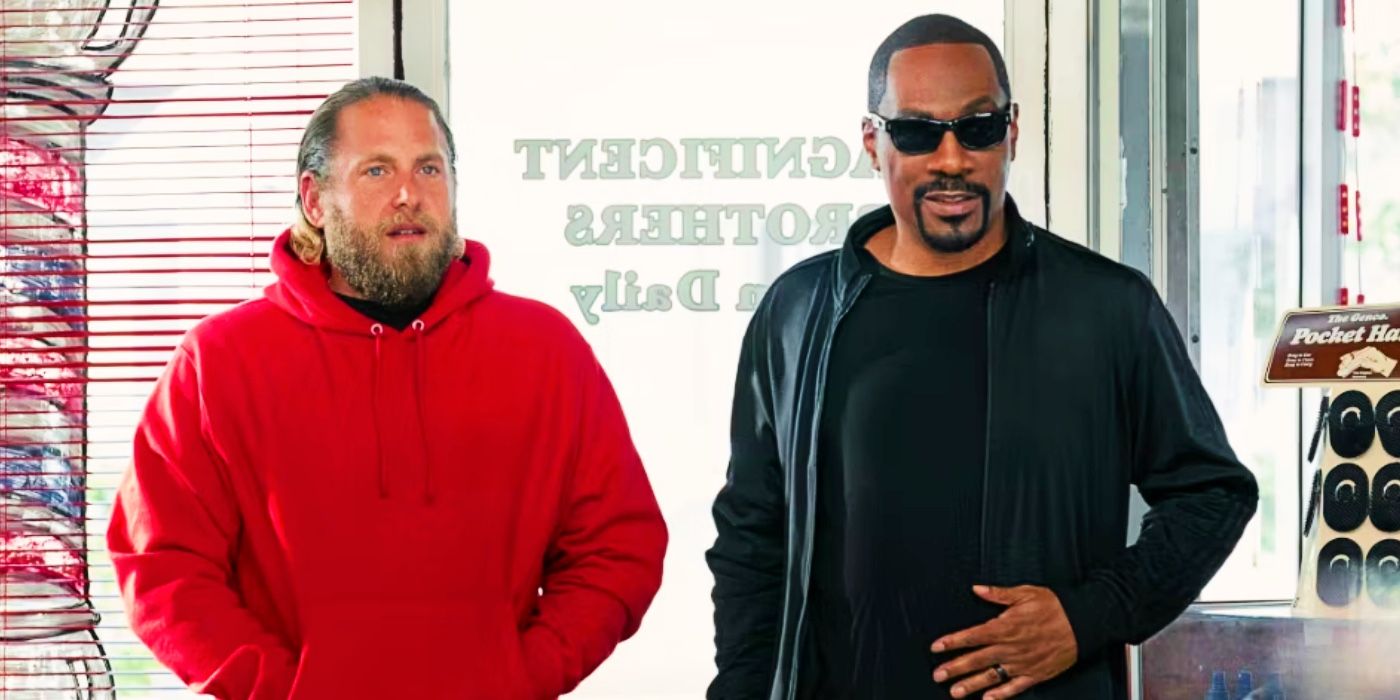 The You People trailer shows Jonah Hill trying to marry Eddie Murphy’s daughter as their families are faced with clashing cultures and racial tension.

Jonah Hill tries to marry Eddie Murphy’s daughter in the official You People trailer. The upcoming Netflix comedy follows Jonah Hill’s Ezra Cohen meeting and falling in love with Lauren London’s Amira Mohammed, though her father (Eddie Murphy) is highly skeptical of his daughter’s White boyfriend. You People is written and directed by Kenya Barris, the Emmy-nominated creator behind black-ish, and will feature a diverse cast and deal with various sociopolitical and cultural issues.

Netflix has released the official You People trailer. Clocking in at over three minutes long, the trailer provides a full look at the film as Hill’s perpetually single Ezra who, due to a rideshare mix-up, meets Lauren London’s Amira, and the mixed-race couple quickly falls in love. However, Ezra’s plans to marry Amira are stymied when he meets her skeptical parents, played by Murphy and Nia Long (The Best Man). Further cultural clash ensues when Ezra’s Jewish parents meet Amira’s, who are Muslim. Watch the trailer below:

What The You People Trailer Reveals About The Netflix Comedy

Netflix already released a You People teaser trailer showing Ezra’s awkward conversation with Amira’s parents, but now the official trailer provides a fuller look at the film’s plot and the many uncomfortable cultural clashes that will ensue. The full-length trailer features a delightful appearance from Seinfeld‘s Julia-Louis Dreyfus, who plays Ezra’s mother, and The X-Files alum David Duchovny as his father. At one point, Ezra’s parents awkwardly pander to Amira, and later during dinner, they compare the Holocaust to slavery, causing discomfort across the table.

You People features a huge ensemble cast, including Cheers alum Rhea Perlman, Molly Gordon, Sam Jay, Mike Epps, Deon Cole, and Andrew Schulz, with much of the cast not glimpsed in the two trailers thus far. The spotlight has mostly been on Jonah Hill and Eddie Murphy, two accomplished comic actors whose careers have recently been seeing resurgences at Netflix. Murphy starred in the biopic, Dolemite Is My Name, which was released on Netflix in 2019 and praised as one of the best performances of his career. Hill starred in Adam McKay’s Don’t Look Up in 2021 and recently released Stutz, a documentary about his therapist, on Netflix.

You People should continue that recent career trend for the two lead stars. Hill also contributed to the script, which is his latest writing credit since his directorial debut, Mid90s. With a thoughtful script from black-ish creator Kenya Barris and a star-studded cast headlined by celebrated comic actors like Hill, Murphy, and Louis-Dreyfus, the comedy should attract a large diverse audience worthy of its subject matter when You People releases on January 27 on Netflix.