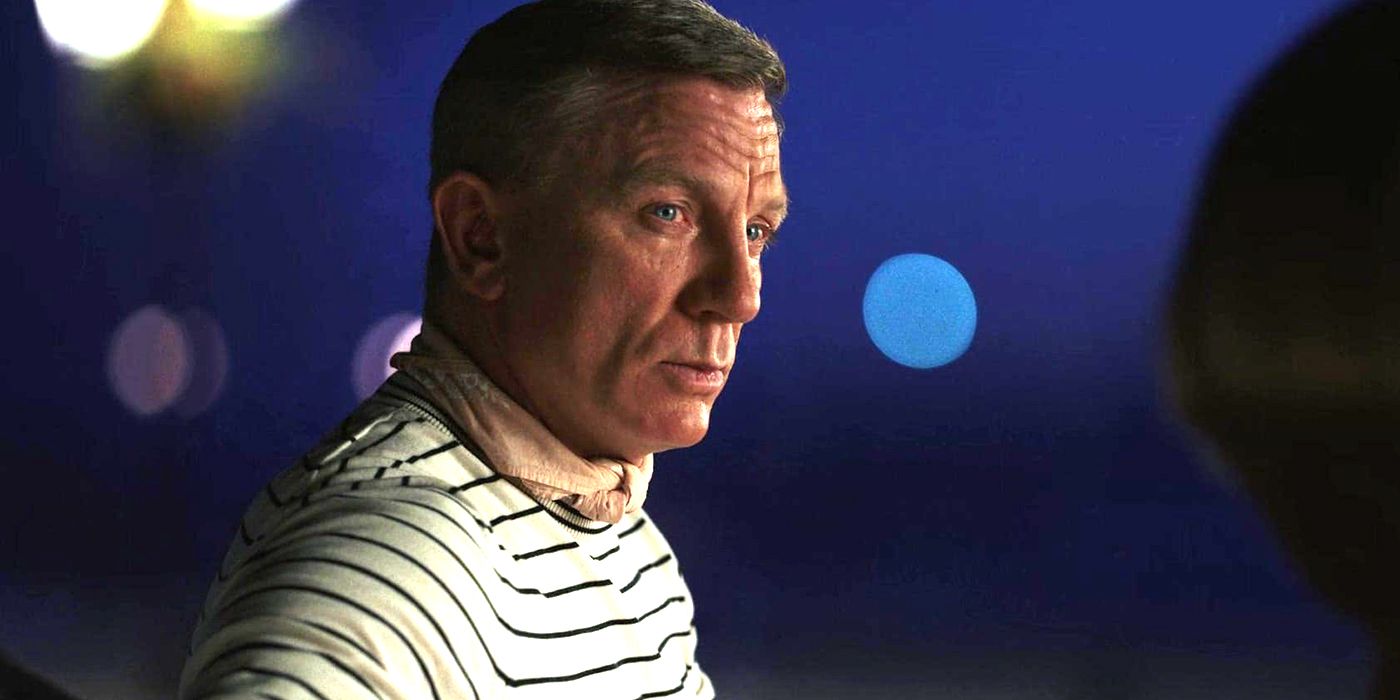 Knives Out 3 director Rian Johnson suggests a new franchise subtitle for his Daniel Craig-led whodunnit hits, and it’s a perfect one.

After expressing his distaste for the first sequel’s subtitle, Knives Out 3 director Rian Johnson suggests a new franchise subtitle for the threequel, and it’s perfect. Johnson’s whodunnit comedic franchise recently made its long-awaited return with Glass Onion: A Knives Out Mystery, the first of two sequels Netflix acquired in the heating bidding war for the rights to the property that also saw the return of Daniel Craig’s eccentric private detective, Benoit Blanc. Scoring similar acclaim to its predecessor, all eyes are now on what’s to come from the next installment, Knives Out 3, which may get a different titling than Johnson’s 2022 hit.

During a recent appearance on The Filmcast podcast, Rian Johnson offered some insight for development on Knives Out 3. When reflecting on Glass Onion‘s A Knives Out Mystery subtitle, the writer/director noted that though it wasn’t done “against my will,” he would like to change the overall franchise subtitle in order to move away from the original film’s themes to better focus on the real continuing factor of the future films, Craig’s Benoit Blanc. See what Johnson explained below:

The thing is, though, I totally get it. It’s not like this was done against my will or something. I completely understand it. Because after the first movie, I think people knew that they liked ‘Knives Out’ [but] they didn’t necessarily know it well enough to know who Benoit Blanc was. I think that would’ve gotten blank stares. And I wanted everyone who loved ‘Knives Out’ to know that [‘Glass Onion’] is the next one of those. So I absolutely 100% was on board and totally got it that we had to do that. But also, it kills me a little bit and I want to see how quickly we can lose that subtitle. As soon as we can get past those and get to ‘A Benoit Blanc Mystery’ … and I will say, with this one, with the reach of Netflix and just how many more people I feel like have seen it and how much more it feels like it’s actually in the culture, we’re at least getting closer to being able to get away with ‘A Benoit Blanc Mystery’ and people would know what we’re talking about.

Related: The Best Story For Knives Out 3 (With Joseph Gordon-Levitt)

Why A Knives Out Mystery Is A Weaker Subtitle

As Johnson notes, it’s understandable Netflix would want to keep Knives Out in some form for the title of the recently released Glass Onion: A Knives Out Mystery in order to let audiences know it was the second installment in the whodunnit franchise. However, despite it simplifying the marketing for the streaming platform, the truth is that the A Knives Out Mystery subtitle is actually a hindrance to both Glass Onion and the franchise as a whole, as it doesn’t properly highlight the connective thread between the various films being Craig’s Benoit Blanc. The whole theme of the original film was also that of the Thrombey family being “knives out and beaks bloody” in the hopes of attaining the wealth of late patriarch, Christopher Plummer’s Harlan, making the title fitting for the franchise starter.

While it can be argued that Glass Onion: A Knives Out Mystery initially followed a similar formula of establishing multiple suspects with potential motives, very few of them were that of an attempt to claim the wealth of Edward Norton’s tech billionaire, Miles Bron, but instead were generally more selfish of wanting to keep dangerous secrets being leaked and ruining their lives. The film’s title may have served as two locations within its story, but it also signified the peeling back the layers of the mystery surrounding the apparent attempts on Miles’ life, which in turn proved nothing more than him trying to cover up his own dastardly actions, including murdering Janelle Monáe’s Andi prior to the start of the sequel. As such, while Glass Onion proved a plenty fitting title for the film, A Knives Out Mystery proved to be a lackluster subtitle, especially considering the simple fact that no knives were even used as weapons for the two deaths in the story.

Everything We Know About Knives Out 3

While it’s unclear whether he will get his way with A Benoit Blanc Mystery subtitle, Johnson has confirmed he is hard at work developing Knives Out 3, having not only confirmed his intent for it to be his next film, but also teasing he is already writing the threequel. Craig is expected to return for the next chapter in his Golden Globe-winning role, and while Johnson has jokingly debunked the possibility of other returning stars, Noah Segan’s turn as Derol in the 2022 sequel does indicate he will bring his longtime collaborator back again. As audiences await updates on the third film, they can revisit Glass Onion: A Knives Out Mystery streaming on Netflix now.

Next: Rian Johnson Is Right About Glass Onion’s Annoying TitleSource: The Filmcast