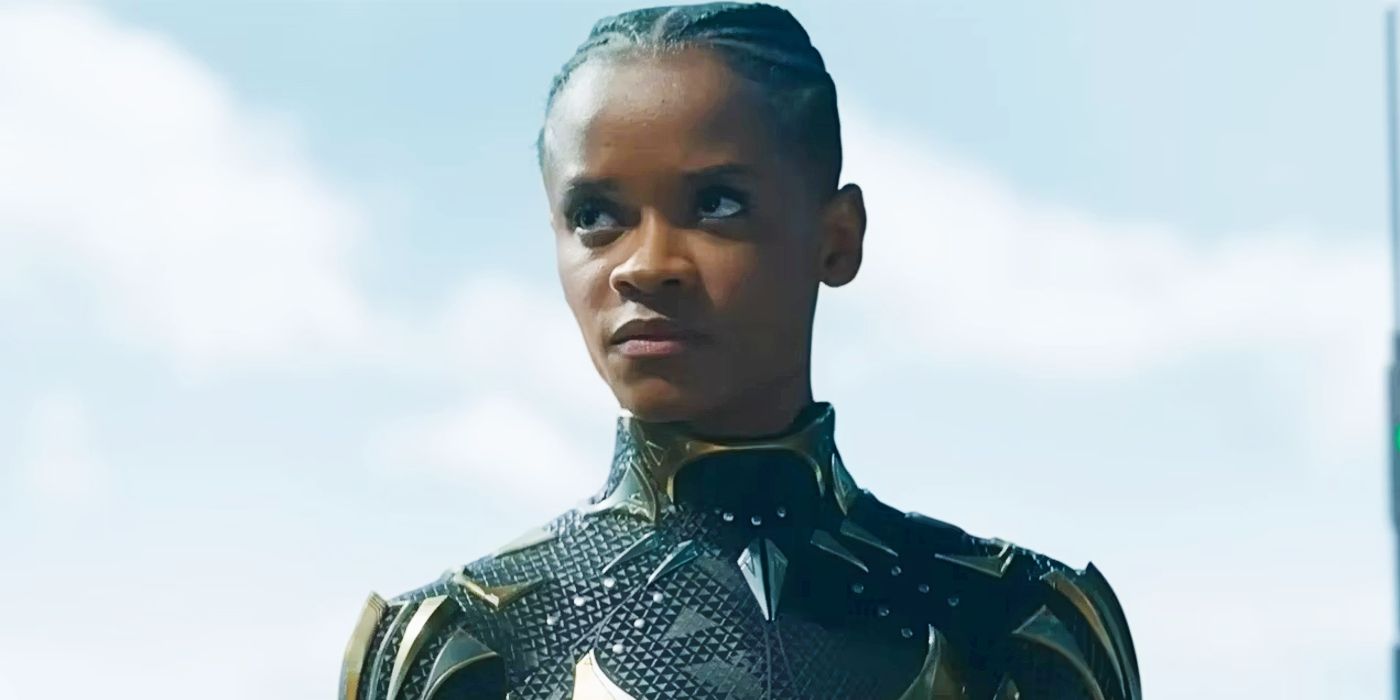 After assuming the titular role in the acclaimed MCU sub-franchise, Letitia Wright is offering fans an optimistic, yet realistic update about Black Panther 3. Directed by Ryan Coogler, Black Panther: Wakanda Forever, the much-anticipated follow-up to 2018’s Black Panther, wrapped up Phase 4 in November 2022. The sequel had its work cut out for it after Chadwick Boseman’s unexpected passing in 2020, but the filmmakers were able to come up with an emotional narrative that not only honors the legacy of the actor and his iconic character, T’Challa, but also expands its world further with the introduction of Namor and the Talokanil.

Similar to many Marvel Studios projects, Black Panther 2 effectively sets up its future. Despite initial hesitation, Shuri has become the new Black Panther, while M’Baku assumes the throne as the new King of Wakanda. However, while Marvel has already laid the groundwork for the next installment in their acclaimed trilogy, Wright offers a Black Panther 3 update during the Official Digital Pre-Show at the Golden Globes (via Variety).

She says that while the project is likely already in development, it may be a while before it releases. This makes sense, considering Marvel Studios’ current slate, which is confirmed until 2026. Read her full quote below:

“I think it’s already in the works. You know, we just had a terrific two years of bringing it out and everybody coming together to support it. We need a little bit of a break, we need to regroup and [director] Ryan [Coogler] needs to get back into the lab, so it’s going to take a little while, but we’re really excited for you guys to see that.”

When Black Panther 3 May Release

When Marvel Studios returned to San Diego Comic-Con in 2022, Kevin Feige laid out its plan for the rest of the MCU Multiverse Saga. Although he didn’t get into specific details, one of his biggest reveals is the franchise’s release timeline, which was all booked up until 2025. Since then, several scheduling changes have been made, particularly in terms of delays, with its final confirmed project, Avengers: Secret Wars, now set to release in 2026. Granted that there are some open slots in Phase 6, chances are that Black Panther 3 won’t hit theaters until after the Multiverse Saga is all done. This means the threequel could be looking at a 2027 premiere date at the earliest.

Assuming this is the case, there would have been a five-year gap between Black Panther: Wakanda Forever and Black Panther 3. For context, there was a four-year wait for Black Panther‘s sequel after it was rolled out in 2018, which means that the interval leading up to the threequel may not be that much longer. The good news is, Coogler wants to direct Black Panther 3, which increases the chances of him returning, although as Wright recently said, the filmmaker needs a bit of a break.

What Black Panther 3’s Story Could Be About

As previously mentioned, Black Panther: Wakanda Forever has laid the groundwork for Black Panther 3. The sequel has already established its power players, with Shuri as the new Black Panther and M’Baku as the nation’s political leader. The threequel could explore this new set-up, as this could understandably lead to conflict within the country. Meanwhile, Black Panther 3 could also reveal more about T’Challa and Nakia’s son, Prince T’Challa II, a.k.a.Toussaint, after his introduction in Black Panther: Wakanda Forever. Finally, the much-anticipated film could revisit Wakanda’s complicated relationship with Talokan, including the dynamic between Shuri and Namor.